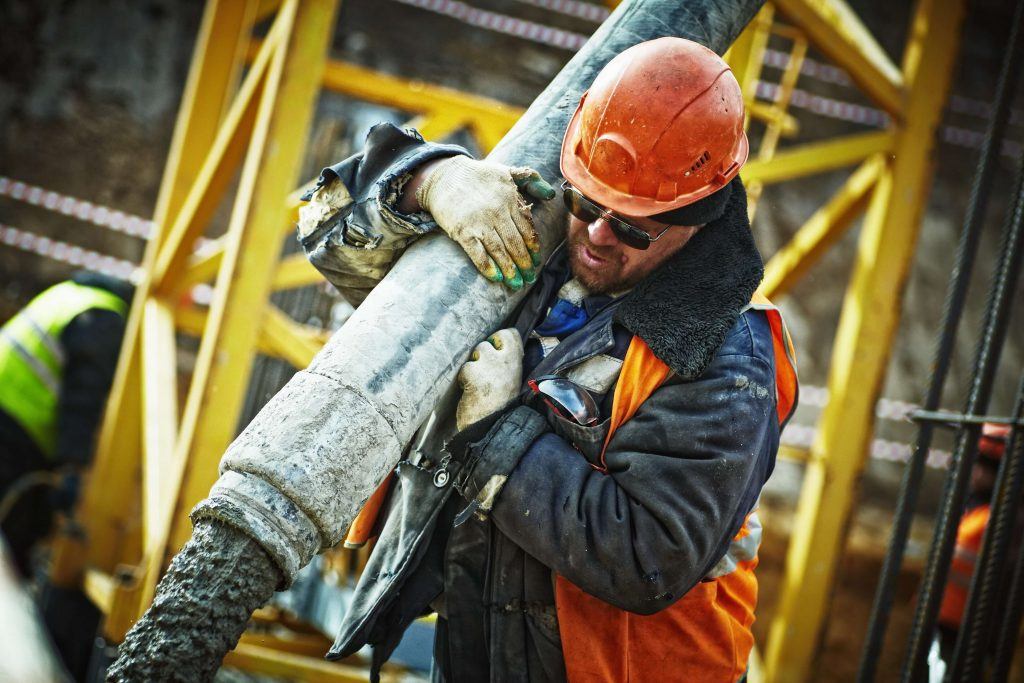 A freak accident at a construction site in the county of Madera left one ironworker grievously injured. The Fresno resident, working on a high-speed railway project was toppled over by a steel rebar structure he was fixing.

Location of the Incident

At the accident site, close to Avenue 7, east of Highway 99, work was being carried out to build an overpass above the proposed high-speed rail track. This new skyway was expected to reroute traffic north of the San Joaquin River, once the rail link became operational.

The victim was identified as Jerry Ouellette, 48, who was taken for emergency treatment to the Community Regional Medical Center, downtown Fresno. Oullette was employed by rail project sub-contractor, Martinez Steel. He was a member of the Ironworkers Union Local 155 and had a decade of experience in the industry, according to his nephew.

His nephew, Sacramento-based Josh Escovedo, spoke to the media about the incident. He recounted that several men including his uncle, Ouellette, were working when the rebar’s harness gave way. This caused the entire rebar to fall on the men.

A co-worker spotted the danger and alerted the affected crew but Ouellette, who was nearest to the falling structure, couldn’t escape in time.

Escovedo learned that the rebar fell over Ouellette’s chest and lower body, which explained his injuries. Ouellette suffered multiple fractures, including broken ribs, vertebrae, arm, and collarbone, among others.

According to Escovedo, all of Ouellette’s ribs were fractured. In addition, he had a broken clavicle, arm, foot, along with tendon and ligament tears. Burst fractures were also evident in more than one of his vertebrae.

Ouellette, a family man with three stepchildren and one grandchild, had to undergo spinal surgery. Escovedo said that the surgeons were almost certain that Ouellette’s injuries would leave him a paraplegic. He was concerned that the Rail Authority was not paying enough attention to safety because this was not the first time such an incident had occurred.

In a similar incident involving a rebar tower, in November, five Rail Authority employees were injured with two of them requiring hospitalization. He suspected that perhaps safety measures were inadequate and rules were being flouted.

For the time being, Escovedo said that the family was doing everything within its capacity to help Ouellette get well.

A freak accident at a construction site in the county of Madera left one ironworker grievously injured. The Fresno resident, working on a high-speed railway project was toppled over by a steel rebar structure he was fixing.

California Occupational Health and Safety Agency (Cal/OSHA) confirmed that they received a notification about the incident the day after it occurred. According to a source, the accident happened when a crane was lifting a formatting wall. Rigging failure during this exercise culminated in the calamity.

Without releasing any details about the worker, she also stated that one person was injured and hospitalized due to the incident. Work at the site had resumed the next afternoon after a brief halt.

Inquiry Into the Incident

The State Department for Industrial Relations spokesperson, Frank Polizzi, clarified that Cal/OSHA had commenced an investigation with the worker’s employer Martinez Steel and Tutor Perini/Zachry/Parsons Joint Venture, the contractor. More contractors could come under the radar if necessary. Cal/OSHA had given notices to the concerned contractors about workplace safety lapses over the previous six months.

Both accidents (including the incident in November when a column toppled on five men) occurred on the 29-mile project running from Madera at the north to Fresno down south. Tutor Perini/Zachry/Parsons was the company responsible for construction along this stretch.

I’m Ed Smith, a Sacramento Workers’ Compensation Attorney. Getting injured on the job can have devastating consequences. If you or a loved one has suffered injuries in the workplace, please call to talk to one of our experienced injury lawyers at 916.921.6400 or 800.404-5400 for free and friendly advice. You can also reach me online on AutoAccident.com.

Photo by Yuri Kim on pexels.com