Why is this important?
Home
Personal Injury
Workers' Compensation Attorney in Sacramento
Construction Accident Injuries: Rights of Workers in California 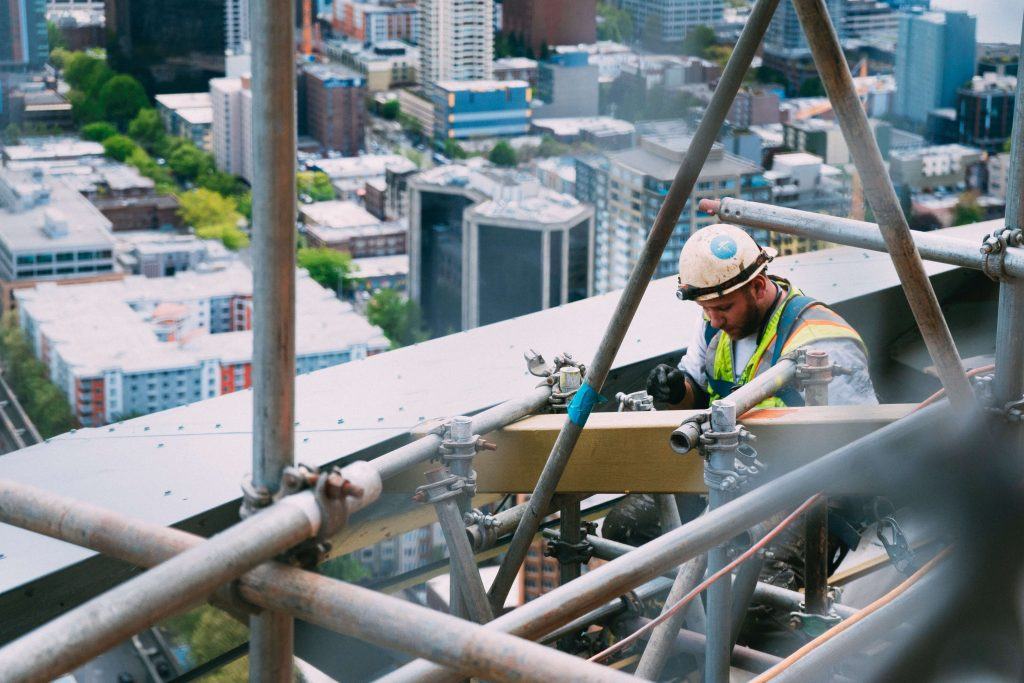 Various rules and regulations have been developed under California law to protect the rights of construction workers who may be injured at a construction site.
I'm Ed Smith, a Sacramento Workers' Compensation Lawyer. If you have been injured on a job and need legal advice from an experienced injury lawyer, call me for free, friendly advice at 916.921.6400.

Learn more about your rights by reading the information that follows.

The owner of a property where construction work is being undertaken and the general contractor who is supervising the work could be liable to constructions workers on the site for their failure to use ordinary care to:

This is called the ‘Exclusive Remedy’ doctrine where an employee is not permitted to sue their employer for negligence, barring very few exceptions. The stellar aspect of this doctrine is that it follows a ‘no-fault’ system. Therefore, an injured worker has to only prove injury in the workplace, and not prove fault in order to recover benefits.

In the context of a construction accident, a worker employed with an owner of a construction site also cannot sue the employer for the same reasons as that of a general contractor’s employee. The ‘Exclusive Remedy’ doctrine applies in their case as well.

When is the contractor’s or owner’s negligence actionable?

Apart from the workers’ compensation issues, the general contractor and the construction site owner owe a duty of ordinary care to prevent workplace injuries even in a hazardous work situation.

An owner or a general contractor’s liability cannot be solely based on their failure to provide a warning to the workers of a dangerous situation that was, or ought to have been, obvious to a worker.

However, the owner or the general contractor could be liable for any failure to correct a dangerous situation, if they knew or should have known about it during their exercise of ordinary care, despite the obviousness of such danger to the workers on the construction site.

The general contractor or the site owner may not be bound by duty to warn of the existence of an obvious danger, but may still be bound by the duty to correct it in specific situations.

The extent of the duty of ordinary care of an owner at a construction site may be reduced if the owner has passed on total supervision and control to a sub-contractor.

But the liability for a dangerous situation may still lie on the contractor or the owner who:

A general contractor or a construction site owner’s failure to fulfill a particular duty related to the workers’ safety imposed by regulation, local ordinance, or statute may constitute the basis for liability against them.

Duties imposed on a contractor by a statue are often “non-delegable.” In other words, the liability of the general contractor towards an injured construction worker remains in place even if they have delegated or handed over the work responsibility or certain aspects of workplace safety to a sub-contractor.

It is not uncommon in construction projects for general contractors to turn over almost the entire control of one or more aspects of the project to independent sub-contractors. However, according to law, a contractor’s responsibility for construction site safety remains in place to follow regulations and statutes.

Admissibility of CAL/OSHA regulations in the evidence

Plaintiffs are now permitted to introduce evidence in cases of personal injury related to safety provisions of the Labor Code. This has made safety regulations under CAL/OSHA admissible into evidence.

In rare situations where a construction worker can sue an employer, such as when a dual employment situation is established or when the employer does not have workers’ compensation insurance, it is possible to enter CAL/OSHA violations into evidence during trial or to bolster one’s case during negotiations for a favorable settlement.

Damages in a Construction Accident Case

The testimonies of doctors and other health care professionals will determine medical expenses. An industry expert or an economist is often involved in determining the estimated future loss of wages. However, no experts can testify about the value of suffering and pain.

The most important element in the plaintiff’s damages typically includes pain and suffering as well as emotional distress. There is no fixed formula for awards for pain and suffering, and it can widely vary from one case to another.

Damages for loss of consortium

The spouse of a plaintiff may also claim ‘loss of consortium’ damages. The spouse may recover damages to compensate for the loss of care, comfort, and other factors that occurs due to the injured spouse’s non-availability due to the construction injury and going through the experience of watching the plaintiff suffered.

As per the law in California, if the plaintiff can establish that the wrongdoer’s conduct was malicious, fraudulent, or despicable they are entitled to punitive damages that are aimed at punishing the wrongdoer and setting an example for society in general. This could be setting new or additional legal precedent.

The Timing of Filing a Case after a Construction Accident

Under California law, barring a few exceptions, a case of personal injury in a construction accident must be initiated within a year from the date when the accident took place. In exceptional situations, such a time period may be extended to a year from the date when the injury and/or wrongdoing was discovered. However, it must be carefully noted that if a worker is filing a case against a public entity, they must bring the claim within six months from the date of the construction accident.

Evaluation of settlements in construction accident cases is based on a wide range of factors. There are cases where no medical expenses or wage loss are presented, and yet the case settles for a very large amount, and there are cases where a large amount of money is gone into medical bills and loss of wages, but the case settles for a very small amount. For a review of the specifics in your case, contact an experienced Workers’ Compensation Attorney in Sacramento today.

While representing an injured construction worker, a typical challenge is establishing that some person other than the employer was responsible (fully or at least partly) for the worker’s injury.

This requires a close understanding of the operations of construction sites; the legal responsibilities of the site owner, contractor, and sub-contractors towards each other; on top of this, a thorough knowledge of laws related to a construction injury.

In a construction injury case, an investigation will play a critical part and a plaintiff would usually need to consider the possibility of hiring an expert witness who could help bring focus to the investigation.

A construction accident case could involve delicate issues with regard to the relative responsibilities of different potential defendants to pay for the worker’s injury. These may include the construction site owner, the general contractor, as well as other independent sub-contractors.

As per Proposition 51, it is the wrongdoer’s responsibility to pay 100 percent of the economic losses of the plaintiff, irrespective of the degree of fault, but in case of general damages, such as the damages related to pain, suffering, and emotional distress, the responsibility is only up to the share of fault.

Therefore, a construction accident attorney must be able to litigate the case in a way that increases the degree of fault of the non-employer defendant and maximizes the economic loss recovery for the plaintiff.

The plaintiff’s employer, co-workers, and insurer for the employer should generally be helpful in the investigation, particularly because the insurance company of the employer can potentially subrogate (receive back) a part of the benefits it paid the plaintiff from other parties responsible. Every general contractor, as well as a sub-contractor at the site, will usually prepare an injury and investigation report. The plaintiff should make an effort to obtain copies of these reports during the course of litigation.

The complexity of settlement due to workers’ compensation liens

In a construction injury case, the workers’ compensation insurance carrier usually intervenes or files a lien on the personal injury of the plaintiff, aiming to get back all the payments it made to the plaintiff from other defendants. If the plaintiff cannot ‘defeat’ the carrier’s claim, it will get its money back first from the verdict before the plaintiff has recovered anything. The plaintiff’s recovery could be significantly and seriously lower in such a situation.

Waiving or reducing a lien

An attorney who is adept at handling a construction accident injury case will aim at obtaining a settlement where the employer’s insurance carrier waives (gives up) its lien or reduces it substantially.

Impact of ‘credits’ to the carrier

A vital aspect of liens that are little understood by many plaintiffs and their attorneys is that unless a significant amount of negligence on part of the employer can be established, or the plaintiff’s attorney is able to negotiate a favorable ‘deal’ with the workers’ compensation carrier, the carrier will receive a credit of the plaintiff’s recovery amount through a settlement or a trial.

In this case, “credit” implies that the insurance carrier will not have the responsibility to pay the plaintiff any future benefits until the plaintiff has utilized benefits equivalent to the net recovery amount of the plaintiff.

I’m Ed Smith, a Sacramento Workers’ Compensation Attorney. When a person is injured on the job, the consequences can be devastating to both the individual and their family. If you or your loved ones need the assistance of an experienced attorney, please do not hesitate to call me at 916.921.6400 for free and friendly advice. You can also find me online anytime on AutoAccident.com.

Editor’s Note: This page has been updated for accuracy and relevancy [cha 11.4.20]

Photo by Anthony Ginsbrook on Unsplash