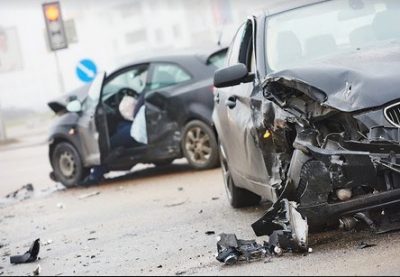 “The negligent driver’s insurance company is insisting that I’m partly at fault – will this mean I can’t recover for my injury claim?”  “I had a similar injury in the past . . . (or) . . . I had a condition that made me susceptible to injury – will this ruin my injury claim?”

These are two of the questions we most often hear from potential clients who have concerns about whether or not they will be able to bring injury claims from a current accident in which they’ve been involved.  That’s probably because these two topics are frequently raised by the insurance companies when trying to fight legitimate injury claims.  Why bother trying to fairly resolve a complicated and expensive injury claim when you can just say, “It was all your fault – you get nothing.”  Or when you can say, “You had this injury or condition before – our negligent driver didn’t cause it.”

In the old days, many states had laws preventing injury victims from recovery for their claims if they had done something that helped cause the incident in which they were injured.  However, that resulted in situations where someone might have suffered a devastating injury, but – simply because they had done something relatively minor that helped cause the accident – they could recover nothing at all.

Nowadays, most states use the doctrine of “comparative fault” that allows injury victims to recover for their claims, just with a percentage reduction for the degree of responsibility that they bear for the injury incident.  If, for example, an injury victim’s claim is worth $10,000 and a jury finds them to be 30% at fault for the accident that caused their injury, then their final verdict award would be for 30% -- or $3,000 – less:  $10,000 - $3,000 = $7,000.  This system is obviously more “equitable” because it doesn’t entirely forgive the other driver for their negligence.  It just holds the injured person responsible for their own (if any) negligence.

Note, however, that the example above talks about a jury verdict with a finding of 30% comparative fault.  The vast majority of cases do not go all the way through trial to a jury verdict.  Who, then, determines what degree of comparative fault may be present in a claim?  It doesn’t just appear out of thin air.  Unfortunately, many insurance companies have gotten in the habit of doing so to save time and money.

One of the early stages in the insurance claims resulting from many auto accidents is determining fault on the part of one or both insurance companies.  One insurance company will frequently payout on a collision coverage claim from which they are entitled to recover from the responsible driver’s insurer.  If the accident cause isn’t entirely clear cut, then the insurers will often “apportion” responsibility between the drivers just as a quick way to get the reimbursement concluded.  However, one insurer or the other will often try to carry this comparative fault assessment forward into a bodily injury liability claim or an uninsured motorist claim.  While the insurance companies are free to do this to settle reimbursements between each other, these unilateral decisions have absolutely zero law enforcement force when it comes to injury claims.

At other times, when an insurance company is presented with an injury claim to be resolved, it becomes a quick way to save some money on the claim by simply asserting that the injured person was 10%, 25%, 50% comparatively at fault.  A personal injury victim who is handling their own claim might just accept this assessment as a way of getting the claim completed, and that’s a quick saving for the insurance company.

Assigning Fault in an Accident

But the insurance company doesn’t get to just assign comparative fault to someone.  That is ultimately decided by a “finder of fact” such as a jury or an arbitrator making a final, legal decision.  Until then, it’s a matter for argument or negotiation.

We have had insurance companies assign comparative fault to clients who were hit while at a complete stop waiting for a red light to change.  We had a case where a drunk driver in a pickup truck crossed the double-yellow lines into oncoming traffic and hit our client on his motorcycle head-on – and the insurance company tried to claim our client was partly at fault for not dodging their out-of-control, drunk driver!  There are occasionally complicated collisions where more than one driver is at fault. Still, most comparative fault claims we see from insurance companies are completely false and inappropriate – they are simply making the argument to shave some percentage off the final claim payment.  An experienced personal injury will recognize these spurious comparative fault claims and take the actions needed to prove them wrong.

Most often, comparative fault claims can be greatly reduced or even eliminated simply by a careful reading of the police traffic collision report and application of the law.  And even in situations where an assignment of comparative fault may be valid, a careful review of the evidence, statements, and testimony from the drivers and independent witnesses, or even analysis and reports from expert witnesses such as accident deconstructionist, may be needed before an accurate assessment of comparative fault becomes clear.  The insurance company does not get to just pick a number.

Few human beings have absolutely perfect health histories, so it’s not at all unexpected to see folks who are injured in auto accidents and other personal injury incidents have similar pre-existing injuries or conditions in their past medical history or have health issues that might make them especially susceptible to an injury.  The insurance companies love to jump all over findings like this in injury victims’ past medical records to argue that a current claim has less value or no value.  (It’s one of the reasons why they try to trick injury claimants into signing medical record authorizations early in a case so that the insurance company can go on a “fishing expedition.”) It just doesn’t work that way.

The law in California (and most states) is quite clear that the negligent person who causes an injury accident must “take his victims as he finds them.”  The fact that an injury victim had less than perfect health in the past does not absolve a negligent driver or legal responsibility for the new injuries and symptoms present after an injury accident, and they (or their insurance company) are responsible for proving that a claimed injury or symptom is not new.  The keywords here are “new” and “proving.”

If an injury victim goes into an auto accident and comes out of with a neck sprain injury, but their old medical records show a prior neck sprain suffered years in the past that fully healed, the “tortfeasor” is legally responsible for the new injury and new symptoms, unless they can prove that the symptoms were still present at the time of the new accident.

If an injury victim goes into an incident with a health condition that makes them particularly susceptible to injury, and they then suffer an injury of a type they are susceptible to – for example, if someone with severe osteoporosis suffers a fractured bone – the presence that pre-existing condition does not let the negligent tortfeasor off the hook at all.  This may be the “straw that broke the camel’s situation,” and if all the negligent driver did was add on that one last straw, then he or she is responsible for the injuries and symptoms that follow.

Other Degree of Responsibility

Even in a situation where an injury victim had symptoms immediately before an accident that were similar to symptoms that had after an accident, the negligent tortfeasor is still responsible for the degree of worsening in those symptoms.  And if there is disagreement about the degree of difference in symptoms or the presence of a condition before the accident injury, California law requires the negligent defendant (or their insurance company or insurance-hired defense attorney) to prove this.

An experienced personal injury attorney will be prepared to argue both the law and facts as they pertain to pre-existing conditions and susceptibilities to secure fair and full settlements for clients.

See the links below to learn more on insurance companies and their claim tactics: