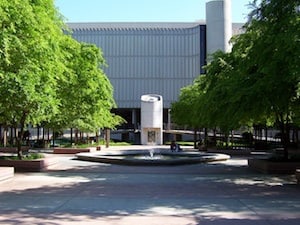 I’m Ed Smith, a Sacramento Sexual Assault Lawyer. Attending college is a life-changing adventure meant to expand your child's horizons and prepare them to enter the workforce. Unfortunately, far too many parents learn that their child's life was dramatically changed in college, but for the worse. They were assaulted by another student or teacher.

There appears to be an underground culture where sexual assault and rape on college campuses is either ignored and/or simply condoned. This has led to a shockingly high number of campus sexual assaults. The Centers for Disease Control and Prevention (CDC) conducted a study of 5,000 college students at over 100 colleges. The CDC discovered that 20 percent of women reported being the victims of sexual assault by being forced into sexual intercourse against their will. Many experts believe the percentage is actually much larger, but many victims do not feel comfortable coming forward, or have blocked the traumatizing incident from their minds.

Why Many Campus Sexual Assault Victims Say Nothing

It is a sad state of affairs on many college campuses when it comes to effectively investigating and rooting out sexual predators. Many victims face obstacles when they try to report a sexual assault incident. There have been reports of campus administrators effectively blaming the victim for what happened to them and lax investigation procedures that rarely result in the perpetrator being punished. For example, a University of Missouri swimmer reported that she had been raped to a nurse, a rape crisis counselor, a campus therapist, two doctors and an athletic department administrator. The rapist had to be apprehended and criminal charges filed, right? No. In fact, no one affiliated with the university who was informed of the rape did anything, according to the Washington Post. Sixteen months after the swimmer's rape, she took her own life.

There are myriad state and federal laws concerning sexual assault. For example, under federal law, sexual violence is defined as "physical sexual acts against a person’s will or where a person is incapable of giving consent." Sexual violence includes assault, battery, and rape. In regards to college campuses, Title IX states that colleges are required to ensure all students have equal access to education, regardless of gender, sexual orientation, or gender identity. If a student is the victim of sexual harassment and violence, they are being subjected to gender discrimination. Title IX extends to incidents that occur off-campus as well. Furthermore, if a student is the victim of sexual assault or sexual harassment, universities must take affirmative steps to halt the discrimination, prevent its recurrence, and address its effects, according to EROC.

Legal Action Against the Perpetrator

Victims of sexual assault may file criminal charges against the perpetrator. Victims may also file a civil case against the perpetrator seeking monetary damages for their harms and losses. A civil lawsuit would enable a victim to seek financial restitution for any medical expenses and lost income stemming from the assault and they can pursue compensation for the pain, suffering, and trauma associated with being a victim of sexual violence, such as rape. There are numerous short- and long-term ramifications of being sexually assaulted. Victims often report becoming severely depressed, becoming addicted to alcohol or medication, being unable to connect with another person emotionally, and even contemplating suicide.

If a sexual assault victim died as a proximate result of the assault, the family of the victim is entitled to file a wrongful death lawsuit against the perpetrator and/or the university. Furthermore, if the facts of an assault are shocking and reprehensible, punitive damages (i.e. punishment damages) may be pursued in an effort to deter subsequent attacks.

As mentioned, if a student is the victim of sexual assault, criminal charges and a civil lawsuit can be pursued against the person who committed the assault. However, the legal options available to victims are not confined to the perpetrator. There may in fact be a viable case to be brought against a school or university on the basis for negligence. Effectively, if administrators at a college campus knew, or reasonably should have known, that a student was assaulted and did nothing, the college could be held liable. Negligence can occur in a variety of forms, including:

If a campus sexual assault victim decides to take legal action against the university, their lawyer will need to produce evidence showing that the university had “substantial control” over the perpetrator of the assault. For example, if there is evidence that an assault was reported to administrators and the perpetrator was not removed from campus or investigate the allegations, this could be considered negligence and a violation of Title IX.

Victims are beginning to stand up and take action in court against negligent universities. For example, a Title IX campus sexual assault case was brought against the University of Colorado claiming that administrators acted with total indifference to repeated reports of sexual harassment and assault by football players and recruits.  The university opted to settle the case for $2.5 million.

I’m Ed Smith, a Sacramento Sexual Assault Lawyer.  If you or your son or daughter was sexually assaulted while on a college campus, please call me at 916.921.6400 for free, friendly advice.

I am a proud member of Million Dollar Advocates Forum. We are a forum of top injury lawyers in the United States who have obtained million and multiple million dollar case verdicts.

Check out some of my past verdicts and settlements.

Visit my client reviews at: Avvo (the lawyer rating site), Google, and Yelp.