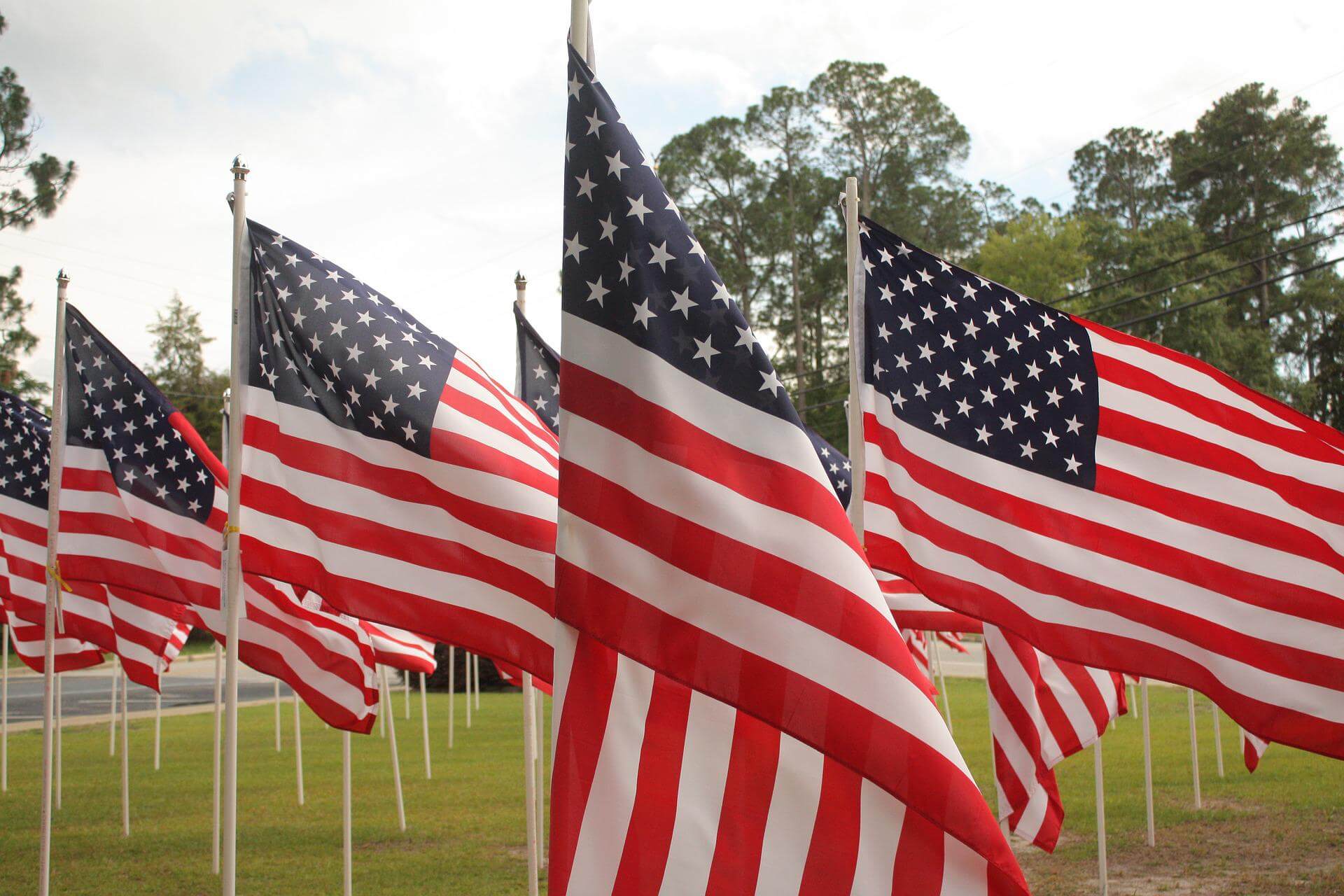 Camp Lejeune has been a major military base for the United States Marine Corps since World War II. It is located near Jacksonville, North Carolina, on more than 150,000 acres of land. It is currently the home and/or workplace for more than 100,000 military members, their families, retirees, and civilian staff and contractors. Unfortunately, for more than 30 years, from the 1950s to the 1980s, it was also the site of horribly polluted water drawn from wells on base that was used for drinking, cooking, and bathing by those who lived and worked there. A recent law passed by Congress -- the Camp Lejeune Justice Act -- will make it possible for people who lived and worked on the base during that time to seek compensation for severe medical conditions that resulted from exposure to this contamination.

Nature of the Contamination

Although problems with the water were long suspected, it wasn't until the early 1980s that testing revealed dangerously high levels of multiple contaminants in the water supply at Camp Lejeune. These included vinyl chloride, perchloroethylene, tetrachloroethylene, and trichloroethylene -- substances all recognized as dangerous and/or cancer-causing in humans. Multiple other chemicals were also detected in lesser quantities.

Vinyl chloride is one of the most produced organic chemicals -- its primary use is producing PVC plastics. Since it is a volatile substance, it can be inhaled. This is its direct danger to those working with the chemical, and it can produce various effects from acute, immediate exposure. Unfortunately, vinyl chloride in the environment -- including buried materials -- can find its way into water supplies, and it has been found in groundwater near many Superfund toxic sites. In this form, it has been directly linked to illnesses such as an otherwise rare form of liver cancer.

Perchloroethylene, also known as tetrachloroethylene, is an organic chemical containing chlorine. It is a very effective solvent for organic substances, so it is widely used for applications including degreasing automotive and other mechanical parts, metalworking applications, and some paint strippers. It's the active ingredient in dry-cleaning fluid. Although perchloroethylene and tetrachloroethylene, such as those found at Camp Lejeune, are only moderately toxic in direct exposure as a central nervous system depressant and skin irritant, it has been significantly implicated in more serious medical problems after chronic exposure. The chemical is readily absorbed either through the lungs or the skin -- it is recognized as a "probable carcinogen" (a Group 2A Carcinogen according to the International Agency for Research on Cancer) for some liver and kidney cancers. It has also been linked in research to a significant increase in risk for Parkinson's disease.

Trichloroethylene (TCE) is also a primary industrial solvent for organic materials, primarily used as a degreaser for metal parts. It was also used as a dry-cleaning solvent until replaced in the 1950s by safer cleaning materials. It is directly toxic as a central nervous system depressant and can even cause acute exposure in large quantities. It is another major pollutant found in groundwater and the air near major toxic waste sites. Research by the National Cancer Institute found that TCE causes liver and kidney cancers in animals and is a likely human carcinogen. Some estimates suggest that the Camp Lejeune site may be the largest TCE contamination source in the United States.

Over time, medical evidence and scientific research have established connections to one degree or another between exposure to these contaminants and the development of several severe medical conditions, including cancers (sometimes cancers that are otherwise quite rare),  birth defects, fertility problems, and Parkinson's disease. The growing number of conditions that developed among service members, along with the accumulation of medical and scientific evidence, led the Veterans Administration to define a "presumptive service connection" related to a specific set of conditions among service members -- veterans, reservists, and national guardsmen -- who were at Camp Lejeune for at least a month during the period from August 1953 to December 1987. These conditions are:

What the Camp Lejeune Justice Act Does

While the VA's presumptive service connection established in 1987 was a big step forward, it also had significant limitations. It only applied to service members, not their families or civilian workers at Camp Lejeune. It also provided only specific VA benefits -- not the right to bring a claim or lawsuit under ordinary civil law that could provide much more significant compensation.

The new Camp Lejeune Justice Act permits service members, their family members, and civilian workers who worked and/or resided at the base during the same time limits -- at least 30 days during the period from August 1953 to December 1987 -- and who suffered injuries due to exposure to contaminants in the water to file suit for compensation. It expands both the availability of compensation to service members -- who are otherwise unable to sue the federal government for service-related injuries or conditions -- and the amount of benefits and compensation available to them beyond what was earlier allowed through the VA. It also allows family members and civilian workers to file suit for compensation for decades-old injuries and conditions otherwise barred by North Carolina law.

What the Camp Lejeune Justice Act Does Not Do

Unlike the existing VA presumptive service connection, which simply requires a service member to show being on base during the defined periods and having subsequently developed one of the listed conditions to receive benefits, the Camp Lejeune Justice Act does not provide any automatic benefits or compensation.

Victims must first file a claim for damages with the government within two years after enactment of the Act -- time is limited. This must be done on specific claim forms and must provide certain required information. It must be filed with a particular Navy claims unit in Virginia, which will have 180 days to review, investigate, and seek to settle the claim. Or it may simply deny the claim. If no action is taken or the claim is denied, then a suit must be filed within specific periods in one particular U.S. district court (Eastern District of North Carolina).

There are particular requirements for this claims and lawsuit process. This is one significant place where an experienced personal injury attorney can significantly help victims seeking compensation.

In addition to the concrete bureaucratic steps that must be taken to file a claim and lawsuit, there are also legal requirements of proof above and beyond the mere showing that a medical condition is present. As with other ordinary "toxic tort" lawsuits, there must be evidence presented to prove the presence of the medical condition and establish some connection with exposure to one or more of the water contaminants at Camp Lejeune. This will typically require expert medical and scientific witnesses -- sometimes several -- who can provide testimony that makes this connection. This is another situation where a personal injury attorney with the skills, expertise, and resources to handle these complicated lawsuits can benefit clients.

View this video from CBS News describing some of the challenges veterans have faced seeking benefits and compensation after exposure to contaminated Camp Lejune water:

Hello, I'm Ed Smith, a Camp Lejeune Water Contamination Lawyer. No one is more key to the rights and freedoms we enjoy as Americans than our veterans and current service members. No one is more important to those service members being able to defend us than their families and the civilian workers who directly support them. The Camp Lejeune Justice Act of 2022 has finally recognized that these individuals deserve full compensation for medical conditions they developed related to exposure to toxic chemicals in Camp Lejeune water for decades in the past. If you or a family member developed one of these severe illnesses following exposure to the contaminated water at Camp Lejeune, please contact us at (916) 921-6400 or (800) 404-5400 for free, friendly advice. You can also reach us through our online contact form.

Image by SEspider from Pixabay