Why is this important?
Home
Practice Areas
Sacramento Car Accident Lawyer
Avoid These Mistakes After a Car Accident

Avoid These Mistakes After a Car Accident 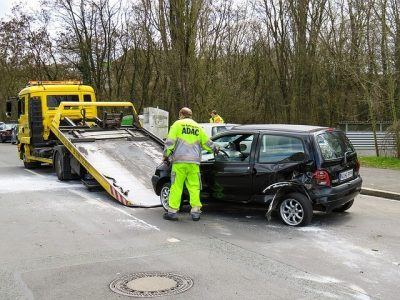 Being involved in a serious car crash is frightening and can be overwhelming.  It is a shock to the system.  The surge of adrenaline following a terrifying incident can leave you in a highly vulnerable state and prone to making mistakes that may harm any potential legal claim.  It is highly likely that you will be unsure about what you should do.  In addition to being in an altered emotional state, you may be suffering from physical injuries, adding to the chaos.

Additionally, the scene of an accident is often confusing, with many different people telling you what to do and where to go.  While the best-case scenario is that you never find yourself in such a situation in the first place, car accidents on Sacramento roads are common. Therefore it is a good idea to prepare in advance for the chance that you may find yourself in such a tumultuous scene following an accident.

The experienced and skilled car accident lawyers of AutoAccident.com have compiled a list of common mistakes to avoid if you are involved in a car accident.

Mistake Number One: Leaving the Scene of the Crash

Do not let panic lead you to make this serious mistake.  Leaving the scene of a car accident without first exchanging information with other involved parties is a crime. This applies to any accident where property damage occurs, and the penalties are stronger if anyone is injured or killed in the collision.  No one should add the legal consequences of a hit-and-run charge to an already terrible situation.  Stay at the scene and get contact information from the other driver(s) involved in the accident.  If you are physically well enough and the scene is safe, you should also take photos of the area and the involved vehicles.

Even though a law enforcement officer may not personally appear on the scene, it is still a good idea to call 911 to report the accident and have the dispatcher determine whether an officer needs to respond.  If there are major injuries, a police officer will attend the scene to complete a report.  A police report, if one is prepared, is a key piece of evidence in any legal matter related to a car accident.  Insurance companies heavily rely on police reports to determine liability (fault) since the responding officer is an unbiased party reporting the facts.

If you suspect the other driver is impaired, underage, driving a stolen vehicle, or driving without insurance, mention these important facts to the 911 dispatcher and responding officer.

You may not be so seriously injured that you need ambulance transport, but it is always important to get checked out by a medical professional shortly after an accident.  Symptoms from many types of injuries do not show up until hours or even days after the impact.  Additionally, the shock of the accident may be masking your pain.  Once the adrenaline wears off, you may notice that you did, in fact, sustain painful injuries in the crash.  Such injuries should be documented by a medical professional.  He or she can then refer you for subsequent needed care, such as diagnostic imaging or physical therapy.

This is something we have all heard - do not apologize or admit fault at the scene of the accident.  Even if something you did may have contributed to the accident, the fact may be that the other driver is also at fault and perhaps may even carry the lion’s share of liability.  While it is human nature to want to check in with the other parties involved in the accident, there is no need to say “I’m sorry” or “I didn’t see you.”  As a general rule, avoid discussing what led to the accident while you are on the scene.  Of course, give your statement to any responding police officer, but there is no need to give a statement regarding the cause of the accident to the other driver.

Mistake Number Five: Thinking the Other Insurance Company is On Your Side

Inevitably following an accident, the other driver’s insurance company will begin contacting you.  They may want you to give a recorded statement, and they will likely ask questions about your injuries.  While you have an obligation to cooperate with your own insurance carrier, the same does not hold true for the insurance company representing any other involved party.  Insurance adjusters are trained to act like they are your friend and are working toward your best interest.  In fact, they are interested only in protecting their employer’s bottom line.  They have an arsenal of tactics designed to avoid paying on claims and reducing the amounts of settlements.  While they may pay a fair amount for your damaged or totaled vehicle, they will always attempt to pay as little as possible on an injury claim.  This is a good reason to retain a skilled personal injury attorney early on in the claims process.

It may be tempting to stop receiving the recommended medical treatment if you start to feel better.  Taking time out of your day to attend appointments can be an annoyance, but it will ultimately help your physical recovery and make your injury claim more solid.  When you do not follow through with recommended treatment or stop treating before you are healed, the insurance company will use that information to devalue your injury claim.  Put your health and legal rights ahead of convenience and follow all recommendations from your health care providers.

As stated above, the insurance company is interested in paying as little on your claim as possible.  This usually manifests itself as pressure to settle your injury claim quickly, before you retain legal counsel.  The adjuster may offer you a global settlement amount before you have even finished your medical treatment.  Do not take this.  Accepting a low settlement before knowing the full picture of your medical condition and whether you will make a complete recovery is a big mistake.  Talk with a car accident lawyer before you accept any offered settlement.

Watch our YouTube video on how to choose a trustworthy Northern California injury attorney.

Hello, and thanks for reading.  I’m Ed Smith, a Sacramento car accident lawyer who has been advocating on behalf of injured Northern Californians for nearly 40 years.  If you have unfortunately experienced injuries in a car accident caused by a negligent driver, reach out to the lawyers and staff at AutoAccident.com for free and friendly advice.  Our local telephone number is (916) 921-6400.  We have a toll-free line if you call from outside of the 916 area code: (800) 404-5400.  We can also be contacted via our website.

Image by Gerhard G. from Pixabay