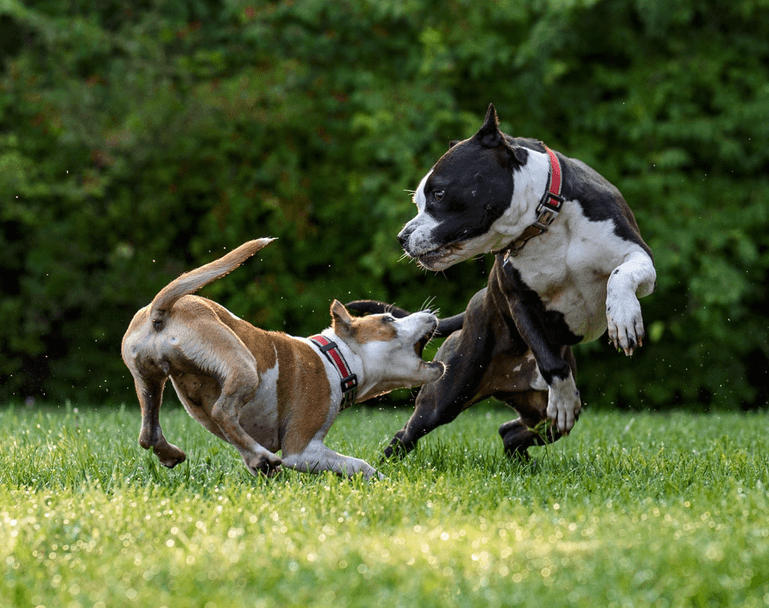 Dogs are great pets and an important part of the lives of many individuals and families. People often think of their dogs as close friends and even as members of their family. The American Veterinary Medical Association has estimated that up to 40 percent of United States households own at least one pet dog and studies from the Centers for Disease Control and Prevention (CDC suggest that owning a dog can have a variety of positive health benefits. These studies have shown that dog owners frequently report improved blood pressure, reduced anxiety and stress, and increased chances to both exercise and socialize.

While owning a dog can be a huge benefit and an important part of a person’s life, dog ownership also comes with responsibilities. One of the most important responsibilities that dog owners have is to make sure that their pet doesn’t endanger the lives of others. Sadly, dogs do sometimes bite. While the vast majority of pet dogs won’t ever become aggressive, CDC data shows that an excess of four million Americans is injured in dog attacks every year. In most cases, these injuries are minor and don’t cause any lasting trauma. However, many of these injuries are severe and leave people with symptoms that change their lives drastically. People who survive dog attacks can be left with emotional and physical issues that stay with them for the rest of their lives and, in the most severe cases, a dog attack can even be the cause of fatal injuries.

Many don’t realize the scope of dog bite injuries and how they affect their community. Below are some general dog bite statistics to help you get a picture of how serious the issue is:

Who Is At Risk?

Anybody can suffer a dog bite injury under bad circumstances. However, studies have revealed that the group most threatened by dog bites is young children. According to CDC data, more than 80 percent of dog bite emergency room patients are younger than 15 years old. Furthermore, CDC data also shows that more than 50 percent of children aged 11 years and younger have been bitten by a dog, although the majority of these cases are not severe.

People are often taken aback when it is suggested that their friendly pet is from an aggressive breed. Personally, I have met many dogs who are considered to be from a dangerous breed and can say that they are also some of the most well-behaved and friendly pets I’ve ever been around. However, I’ve also been helping people injured in dog attacks for more than three decades and know that some breeds can be more dangerous than others. Some breeds are more likely to turn aggressive, and others have strong jaws that can easily cause serious injuries. Some of the more dangerous breeds include:

If you would like some helpful information about how to avoid being bitten by an aggressive dog, watch the below video for some valuable safety tips:

Recovering From a Dog Bite

Dog bites can leave people with injuries that are difficult to recover from physically, emotionally, and financially. Many who suffer a dog attack are saddled with steep medical bills and have to pay for medicine and therapy to complete their recovery. Furthermore, suffering a serious injury can mean not being able to work, making medical costs even harder to deal with. However, California law provides that dog owners have strict liability for the injuries that their pets cause. Strict liability means that those injured by dogs do not need to establish negligent on the part of the owner to claim compensation. This is different from the majority of personal injury claims and makes it much easier for injured parties to get the compensation they deserve.

If you suffered a serious injury, contacting a lawyer is one of the most critical steps to take during your recovery. An experienced California dog bite lawyer will be familiar with the types of damages you can claim and will be able to investigate, prepare, negotiate, and argue your case on your behalf.

Many people know that they should call a lawyer, but don’t know how to make sure that their attorney is a good choice. However, there are a few important things to keep in mind when looking for an Auburn dog bite lawyer. Your lawyer should have ample experience handling dog bite cases and should be able to show you their previous successful verdicts and settlements to prove it. Your lawyer should also be well-respected and have plenty of positive reviews on third-party websites like Avvo and Yelp. It’s also essential that you feel personally comfortable with your lawyer. It’s a good idea to call a lawyer and speak with them about your case so that you can see if they are a good fit before proceeding with filing a claim.

I encourage you to check out what our past clients have said about me by browsing my profiles on Google, Yelp, and Avvo. You can also view the many successful Verdicts and Settlements that my firm has obtained for our valued clientele.

I belong to the Million Dollar Advocates Forum, the group for U.S. attorneys with a past case settlement or trial verdict worth at least one million USD.

Editor’s Note: This page has been updated for accuracy and relevancy [cha 8.12.20]