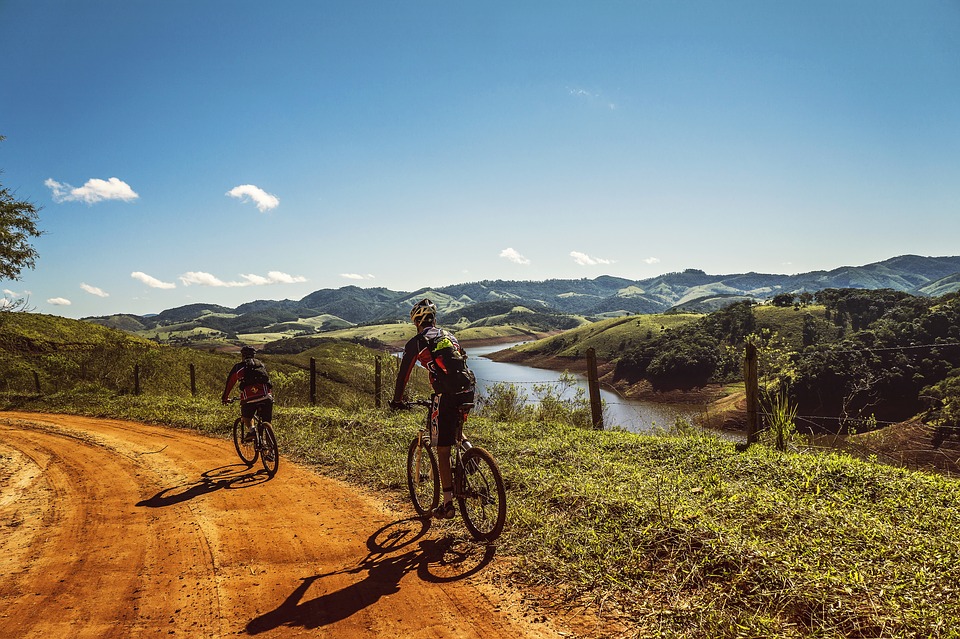 Throughout Northern California, the bicycling population is increasing.  Auburn, California is referred to by some as the endurance capital of the world.  It is home to ultrarunning events and is rich with trails for mountain biking.  As you travel through Auburn, you will nearly always see bicyclists weaving their way through the streets.  Many of the roads around Auburn are two-lane, and perfect for cycling.  They offer beautiful country scenery, such as ranches and farms, as well as views of portions of Folsom Lake, the Sierras, and the Sacramento Valley.  For altitude seekers, there are many hills accessible for training.  The Auburn area is home to the Sierra Foothills Cycling Club, a very active local road-bike group that hosts organized rides throughout the year.Auburn Bicycle Safety

Auburn may appear to be a nearly perfect place to ride and train, but that does not automatically translate into it being an exceptionally safe place to ride a bicycle. Cyclists still share streets and intersections with vehicles, including many large commercial trucks. The traffic in the area puts bicyclists at risk of being involved in an Auburn bicycle accident.

Some of the roads in Auburn that are especially prone to cycling accidents are:

Whether you are a regular, dedicated cyclist or you enjoy an occasional bike ride around town, you can sustain severe injuries in an Auburn bicycle accident. If that were to happen, the assistance of an experienced and compassionate Auburn bicycle accident lawyer can help you obtain financial compensation for your damages.

Obviously, if a bicyclist and a motor vehicle collide, the cyclist is the party who is most likely to suffer serious injuries. Many factors will determine the type and severity of the injuries involved, such as the speed of the cyclist and the vehicle, the angle of impact, safety equipment worn by the rider, and the mechanism of the accident.  Some of the most common types of injuries in a vehicle vs. bicycle accident are:

Monetary Damages in a Bicycle Accident

As a general rule, medical expenses will rise in proportion to the severity of the cyclist’s injuries. Medical bills are just one of many types of financial losses an injured bicyclist may incur.  Other such expenses include:

In addition to financial damages, there are usually non-economic losses.  These include:

If the bicyclist sustained fatal injuries, his or her family members can bring a claim for their loss.

The complexity of the damages as well as in proving fault makes it critical for an injured bicyclist to retain an experienced Auburn bicycle accident lawyer as soon as possible after the crash. Delays will make it harder to preserve evidence and to get the best witness accounts of the accident.  The sooner you act to protect your legal rights in such a situation, the better.

Bicycle accidents can be caused by the negligence of the bicyclist, by the careless acts of the involved motorist(s), or by some combination of the two.  In general, a bicyclist injured in California can recover monetary compensation from an at-fault party.  This is true even if the cyclist played a part in causing the accident. Even if the bicyclist were found to be primarily at fault for the accident, he or she may still be able to recover some money, with a reduction that is proportionate to the amount of fault attributed to the cyclist.

There are many other ways in which a bicycle accident can occur, and determining the cause of the accident is just one of the things an experienced Auburn bicycle accident lawyer can do to help establish the legal basis for your case.

If you are involved in an accident while cycling in Auburn, the actions you take following the accident can have a significant impact on any future bicycle accident lawsuit. Here are some things to remember:

DO: Gather evidence and witness information. Of course, your ability to do this will be dependent on the extent of your injuries.  If possible, it is best to call a friend or family member to the scene so that they can complete these tasks on your behalf.  Recording contact information from any witnesses is important - especially if the police do not respond to the accident.  Photographs of your bicycle, the involved vehicle(s), and the scene of the accident will also be very helpful.  As soon as you are able, record your recollection of the facts of the accident.

DO: Seek medical attention.  Even if you believe that you will be able to tend to your injuries at home, it is important to be checked out by a physician following the accident.  Many trauma-related injuries are not readily apparent when you have adrenalin surging.  A physician will take a full account of your injuries, noting all abrasions, bruising, lacerations, and will provide any x-rays or other imaging you may need.  If you have visible injuries, you will want to get photographs of them on the day of the accident, then continue to photographically document the healing process.

DO NOT:  Say “I’m sorry” or admit fault.  Avoid making any statement that would suggest that you were the sole cause of the accident, even if you believe your actions may have contributed to the incident.  Such a statement is often used against cyclists by insurance companies to deny or limit compensation. Even if you were partially at fault for the accident, the motorist may have also been engaged in behavior that contributed to the crash.

The Important Role of an Experienced Bicycle Accident Lawyer

Our skilled bicycle accident attorneys work diligently to get great results for our clients.  That starts with a thorough investigation of the accident, but it does not end there.  Depending on the circumstances, we may employ experts in bicycle accident reconstruction to prove the negligence of the involved driver.  In addition, we ensure that you get the skilled medical care you need in order to obtain the best physical recovery possible.  Whether your case can be resolved through informal settlement, or it proceeds toward a jury trial, you can rest assured that your case will be expertly handled.  Our results speak for themselves.

Below is a YouTube video discussing the bicycling culture in Auburn, California.

The personal injury attorneys at AutoAccident.com handle bicycle accident cases in Auburn and throughout Placer County.  If a negligent driver caused you to be injured while you were riding your bicycle, give us a call at (530) 392-9400 or (800) 404-5400.  We offer free and friendly advice with no obligation.

Check out our reviews from prior clients on Avvo, Yelp, Google   Our website also allows you to review a number of our verdicts and settlements.