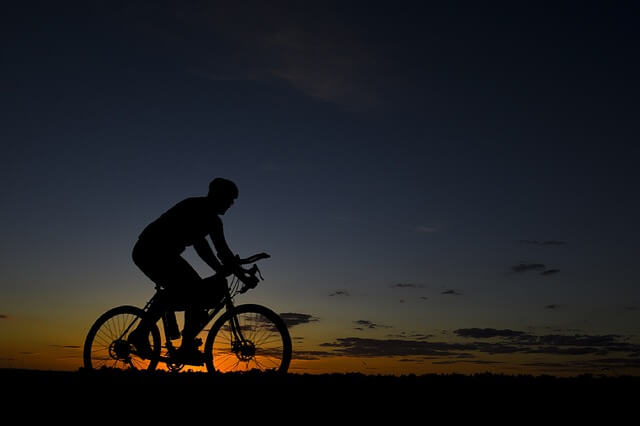 Cycling has become a way of life for many Californians. The city of Atwater, CA, is usually a safe place for riding a bicycle. The city is home to many cycling hubs to connect students and residents to UC Merced and Lake Yosemite. Even so, cycling can be dangerous, and bicycle accidents may occur. When they are caused by the negligent actions of another driver or entity, an experienced Atwater bicycle accident lawyer can help recover fair compensation on an injured cyclist’s behalf.What Are the Common Causes of Bicycle Accidents?

A car accident involving a cyclist often occurs due to negligence on the part of the driver. Common reasons include:

When cyclists are involved in an auto accident, they may suffer some of the most catastrophic injuries on the spectrum. This includes nerve trauma, cervical sprain, spinal cord injury, facial scarring, dental damage, and traumatic brain injury. A wrongful death may also occur in some extreme bicycle accident cases.

Who is Responsible for a Bicycle Accident?

When a cyclist is injured in a bike accident, there are four potentially liable parties. These include:

How Will My Medical Bills and Damaged Bicycle Be Covered?

When a cyclist is injured in a bike accident, he or she will need to file a third-party claim with the at-fault driver’s insurance company. However, a bicycle accident case can take months or even years to resolve. This can put the injured cyclist and their family in an emotional and financial predicament. This is especially true if they have high medical bills, lost wages, bicycle property damage, and pain and suffering. Seeking the assistance of an experienced injury attorney can prove invaluable in these cases. Since most injury lawyers offer free consultations, they can advise an injured cyclist of their legal rights. This is critical for any cyclist to do before reaching out to the insurer directly. For information on what to look for in a reputable lawyer, watch the video below.

Does Insurance Pay for a Hit and Run Bicycle Accident?

Nothing is more stressful than being involved in a hit and run accident, especially when catastrophic injuries or death are involved. This is why a cyclist should carry uninsured/underinsured motorist protection on their car insurance policy. This type of protection can help pay for damages caused by a driver who has little to no coverage. Conversely, it may cover those injured in an accident with a hit and run driver. An Atwater bicycle accident attorney can conduct an independent investigation and use their resources to locate the responsible driver. An attorney can also gather, examine, and preserve necessary evidence to prepare a strong case for fair compensation.

Is There a Time Limit on Bicycle Accident Claims?

In California, there is a limited amount of time to file for a bicycle crash. This time limit is known as the statute of limitations, which is two years for personal injury and wrongful death. If a bike crash involved a government vehicle or road defect, the deadline is drastically reduced to six months or 180 days from the date of loss.

Our child was hit by a car while riding their bicycle. What options do we have for recovery?

Minors are not held to the same duty of care as adults. This is due to their lack of experience and young age. Drivers are expected to exercise additional caution when they are traveling in areas where children tend to be present, such as school zones. When a motorist fails to do so, they may be held liable for any injuries or damages caused to a child. Since the statute of limitations varies for personal injury cases involving minors, it is best to retain an attorney. A lawyer can file personal injury claims that meet applicable deadlines and rules.

What evidence should I collect and preserve for my bicycle accident claim?

Liability for a bicycle accident case is often disputed by negligent drivers and their insurance companies. To help prove your claim, you should keep your damaged bicycle and helmet. Having such items in your possession is vital, mainly when your case involves a traumatic brain injury or head injury. A personal injury lawyer can hire an accident reconstruction expert for your claim. The expert can examine the bicycle and helmet for the speed of impact involved in the crash. If you no longer have the bike and helmet in your possession, your case may also be proven by photographs you may have taken of those items.

Do I need an Atwater bicycle accident attorney?

A bike accident claim can be challenging to navigate since thorough investigations are often required. That is why it is critical to collect as much evidence as possible. This includes traffic collision reports, eyewitness contact information, photographs of the scene, contact information for those involved in the crash, and medical reports. An experienced bicycle accident attorney in Atwater will independently investigate the facts and circumstances of the accident to properly determine fault. This way, the attorney can secure a favorable outcome on the injured cyclist’s behalf.

I’m Ed Smith, an Atwater bicycle accident lawyer. Bicycles offer little to no protection from the dangers of the road. This leaves cyclists in a vulnerable position for serious injury or death if a bike accident occurs. If you or someone you love has been injured or killed in a bicycle accident caused by the actions of a negligent driver or entity, call me at (209) 227-1931 or toll-free at (800) 404-5400 to receive my free, friendly case advice.

Photograph Source: By "Zhivko" via Pixabay