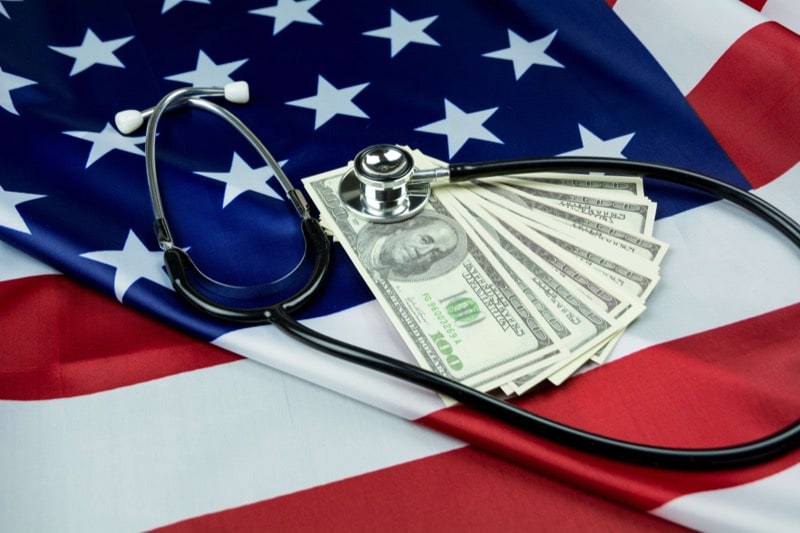 Personal injury victims who are pursuing bodily injury liability or uninsured motorist insurance claims are generally entitled to be compensated for the "reasonable cost" of medical care they receive for treatment of injuries they suffered in the accident that forms the basis of their claim.  This compensation for medical expenses comes either from the bodily injury liability coverage of the driver who caused the injuries, or the owner of the responsible driver's vehicle, the driver's employer, or someone else who may be legally liable for the injury victim's damages.  If the responsible driver is uninsured or inadequately insured, the compensation for the medical bills may be received from the injury victim's own uninsured or underinsured motorist coverage.

Injury victims who are submitting their medical bills for payment under the medical payments coverage that they may have on their own auto insurance policies are also entitled to reimbursement of these bills according to whatever language is contained in their med-pay policies, which generally refer to "reasonable cost," or "reasonable medical expenses," or "commonly charged rates," or some similar phraseology.

In both situations, the insurance company to whom the bills are being presented for compensation has a direct interest in paying something less than the full amount billed.  Whether the payment is coming from a bodily injury liability insurer or a med-pay coverage provider, they would far prefer to pay seventy-five-cents-on-the-dollar, fifty-cents-on-the-dollar, or even less rather than paying the full amount billed by the doctor or medical facility.  Every dollar saved on the claim's payment is a dollar more profit in the insurance company's pocket (and a dollar less compensation in the injury victim's pocket).

And if the medical expenses are being compensated as part of a bodily injury claim or uninsured motorist claim, the additional benefit to the insurer of a lesser payment on the actual dollar value of the bills – part of the "economic" damages -- is a further reduction in the associated "non-economic" damages for things such as pain and suffering.  These non-economic damages are not necessarily directly tied to the amount of medical bills, but they are often strongly influenced by the amount of proven medical charges.

Auto insurance companies have several methods for attacking the value of medical bills submitted for payment under policyholders' medical payments coverage.  The first tool is the actual language of the insurance policy contract.  It is always a good idea to carefully review the language of our insurance policies, whether it's a policy we've held for a long time, a brand-new policy with a new insurance company, or one of the occasional notices of policy language changes we may receive from our insurers.

Medical payments policy language will often have language that lets an insurer dispute the "reasonable" cost of the service provided.  The policy language may also refer to many of the methods that insurers use to attack medical bill values, such as submitting the bills for "review" through different services that purport to research the typical local "going rate" for each specific medical procedure.  Somehow, these review services appear to find that the common going rate is almost always less than what an injury victim's doctors are charging.  (Or at least we've never seen an "independent" medical bill review come back with a recommendation to pay a doctor more than what was charged.)  Other insurance companies may have their own or "independent" schedules for what they will pay for specific medical services, and they will simply discount the submitted medical bills to these lesser amounts they are willing to pay.

Another common tactic for attacking bills under med-pay claims is to require extensive documentation of the services and charges before making payment.  Some insurers are willing to accept simple, itemized billings from doctors, while others require a level of billing detail more commonly found with complicated health insurance billing forms.  Some may even require copies of the medical records associated with the services.  Occasionally, we have even run across medical payments insurers who require separate reports from doctors before issuing payment.  And since doctors tend to be busy folks, many are hesitant to complete complicated reports for med-pay insurers without charging extra for their time.

Finally, some insurers simply make it difficult to submit requested documentation in support of med-pay claims.  We know of at least one insurer that always seems to have different mailing addresses and fax numbers for submitting this documentation, and who insists they "never received your document," or "it must have gone to the wrong office," or "it must have been lost in transit."

These final tactics of requiring extensive documentation and/or making a submission of that documentation more complicated than necessary are primarily delaying tactics, and they only directly save money for the insurance companies on med-pay claims payments if the frustrated injury victims simply give up on the headache of pursuing their claims.  But remember that even delayed claims payments still translate into profit dollars for the insurance companies who are happy to hang on to claims payments a few days or weeks longer to earn a few more investment dollars on our premium payments before they make a claims payment.  Persistently pursuing these medical payments claims on behalf of clients is a significant service enhancement that experienced personal injury attorneys can provide.

While the attacks on bills submitted under medical payments coverage are usually based on contract language and paperwork requirements, efforts to minimize bills for bodily injury liability claims and uninsured or underinsured motorist claims are more frequently based on legal grounds.

In recent years, there have been a series of appellate and supreme court rulings in California that have moved toward limiting the "damages" value of medical bills to the dollar amounts actually owed or paid by the injury victim plus any amounts paid by the injury victim's health insurance.  Many of us with traditional, non-HMO health plans will be familiar with the "co-pay + health insurance payment + write-off" model of medical billing in which a doctor or medical facility submits a full-dollar-value medical bill on which the patient pays a co-pay, the patient's health insurance pays an additional amount, and the medical provider "writes-off" the balance of the bill.  Following this line of legal rulings, medical bills that have been generated and paid in this fashion would only have legal proof of economic damages equal to the co-pay plus health insurance payment.  The write-off portion is immediately discounted as proving anything for legal purposes.  This may be a quarter, a third, or even half the charges for many medical bills paid by traditional health insurance. However, for many folks with government-run health insurance plans such as Medi-Cal and Medicare, these discounts may be far deeper, substantially reducing the value of their personal injury claims.

Of course, insurance companies are happy to argue as well over the "reasonableness" of original medical bills submitted in injury claims as well, whether or not they've been paid by health insurance.  Many of the same types of "billing expert" services that routinely talk down the value of medical service charges being submitted under med-pay policies will provide the same type of reports for bodily injury, and uninsured motorist claims to attack the medical provider bills as being unreasonably high.  These services can be well worth their cost for the insurance companies. This report reduces the economic damages value of a medical bill, and its additional value factor as proof of pain and suffering damages can easily save the insurance company much more on the verdict or settlement side of the deal than what they spend on the billing expert's report.

Although personal injury attorneys have a limited individual influence on the appellate and supreme court rulings that establish the caselaw minimizing the proof value of medical bills, they certainly can help their clients by ensuring that insurance adjusters and defense attorneys are not successful in reducing the proof value of those bills by more than they are entitled to under the established law or commonly-accepted service charges.

Fair Bills for the Injury Victim

Unfortunately, some medical bills really are unfairly high, while charges for other types of medical services are commonly negotiable when it comes to final payment.  In the case of bills that are simply unreasonable, an experienced personal injury attorney will certainly go to bat for his/her client.  Having handled thousands of personal injury cases over time, an experienced personal injury attorney will be very familiar with what amounts are typically charged for common medical services.  They will also be prepared to help their clients by researching statistical data and other information on the going rates for medical care.

Having already been put through the medical bill wringer by their medical payments insurer and by an opposing bodily injury insurance company, no personal injury victim should end up having to pay out of their settlement funds for a truly unreasonable medical bill or for a type of service whose charges are customarily negotiable.

Photo by Bermix Studio on Unsplash