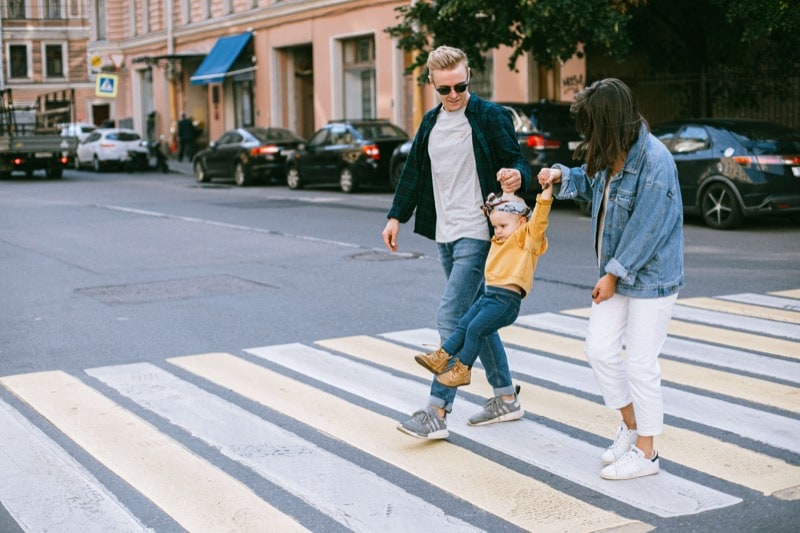 Pedestrian fatalities related to automobile collisions increased across the country by eleven percent in 2016. The total number of lives lost was estimated to be approximately 6,000. That makes 2016 the deadliest year for bicyclists, skaters, joggers, etc. in two decades, according to a highway safety report. In 2015, approximately 5,376 pedestrians were killed in accidents and roughly 4,910 pedestrians died in accidents in 2014.

The shocking highway safety report revealed that pedestrians now constitute the largest proportion of traffic fatalities in a quarter-century, according to the Los Angeles Daily News. The dramatic increase in the overall percentage of pedestrian deaths is actually the largest since pedestrian accidents were tracked and analyzed four decades ago. In addition to a marked increase in pedestrian death, the total number of traffic deaths increased by six percent.

In California, the data is particularly troubling. Traffic fatality data demonstrates that California is one of the most dangerous states in the country to be a pedestrian. For example, in the first six months of 2015, over three hundred pedestrians were killed in automobile collisions.

Causes of Collisions Between Pedestrians and Vehicles

Pedestrian accidents occur in a number of different ways, including the following:

Not all pedestrian accidents involve death, but most do result in serious injuries. This is because most automobiles weigh thousands of pounds. As you can imagine, when something that heavy collides with a human body, the harm that can be inflicted is quite serious.

Under California law, pedestrian accident victims are allowed to pursue a financial recovery for the harms and losses stemming from the accident. In general, California law will allow accident victims to recover damages for personal injuries including reimbursement for medical bills, past and future lost wages, and pain and suffering. Additionally, damages for emotional injuries such as post-accident trauma can be recovered in certain circumstances. Finally, in extreme cases, where a defendant driver acted either intentionally or recklessly, punitive damages may be available.

In cases of the wrongful death of a pedestrian, the victim’s surviving loved ones may bring a lawsuit on behalf of the deceased to recover damages resulting from the loss of the loved one. The death of a family member is always tragic and emotionally jarring, and our law firm understands that the victim’s family deserves recompense for the loss.

Resolving the Case Via Settlement or at a Jury Trial

Many cases settle out of court. In fact, most personal injury and wrongful death cases (over 95 percent) wind up getting resolved out of court through settlement or mediation. Nevertheless, some pedestrian accident cases will wind up going to trial, which makes it incredibly important that you hire a seasoned and skilled Antelope pedestrian accident attorney. There is no guarantee that your case will settle, so it makes sense to retain an attorney who has actually litigated a personal injury case in court and achieved success.

Be Mindful of the Personal Injury Statutory Deadline

In California, accident victims only have two years starting from the date of the accident to file a personal injury lawsuit in civil court. This is why you should take immediate steps to preserve your right to recovery in court.

I’m Ed Smith, an Antelope Pedestrian Accident Lawyer. If you or someone that you love has been seriously injured in an accident due to a negligent or careless motorist, please give me a call to obtain some free and friendly advice at 916.921.6400 or 800.404.5400.

Editor’s Note: This page has been updated for accuracy and relevancy [cha 9.15.20]

Photo by Katie E from Pexels