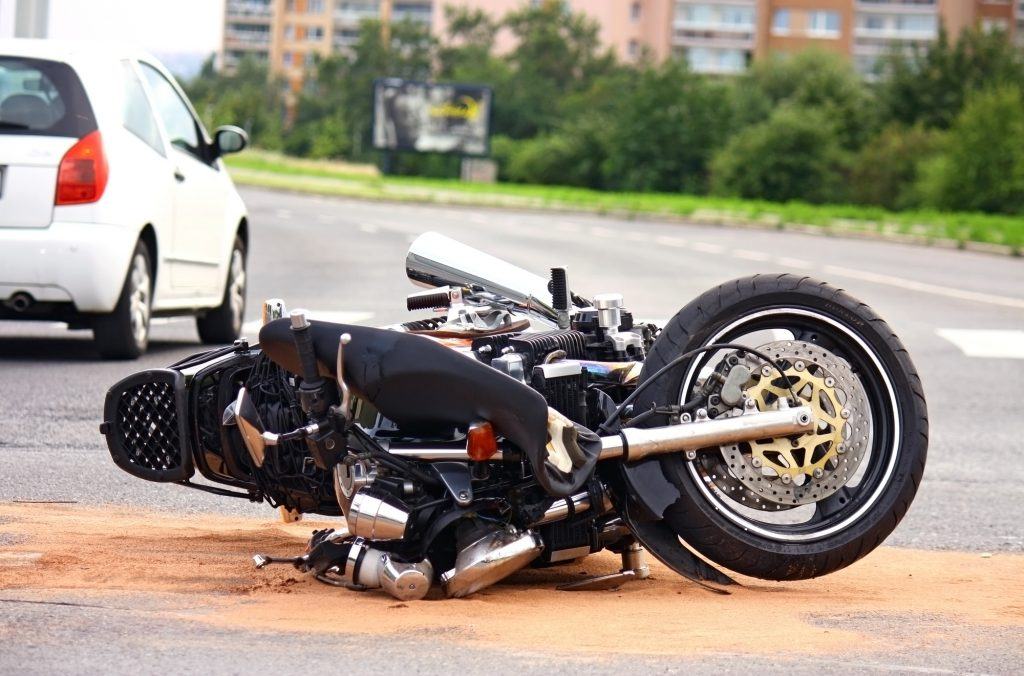 When a car collides with a motorcycle, it is often the person on the motorcycle that endures extensive bodily trauma and injuries from the wreck. Take, for example, a motorcyclist who died after the driver of a Honda Accord pulled out in front of the motorbike.

Of the registered vehicles on the road, motorcycles only make up two percent of the total. However, motorcycle accident deaths account for approximately eleven percent of the total number of accident deaths, according to the National Highway Traffic Safety Administration. In fact, NHTSA data indicates that if you operate a motorcycle on a U.S. road, you are thirty-four times more likely to lose your life in a traffic accident when compared to someone operating a sedan, truck, or SUV.

How Collisions Occur Between Motorcycles and Other Vehicles

Serious collisions involving a car and a motorcycle can occur in a variety of circumstances. Below is a brief overview of some of the most common causes of accidents between motorcycles and other vehicles.

If you or a family member was operating a motorcycle and got hit by a car in the following ways, you may be able to pursue monetary compensation through an Antelope motorcycle accident injury claim.

The Centers for Disease Control conducted a lengthy, seven-year study of over 1.2 million motorcyclists who were taken to emergency rooms for injuries stemming from a motorcycle accident. The data they collected shows that the area of your body most likely to be damaged in a collision is your legs and feet. Approximately thirty percent of non-fatal motorcycle accidents involved traumatic injuries to these extremities. Injuries to the head and neck were a close second (approximately 22 percent of the total, to be exact), according to RideApart.com. Other common injuries include fractured bones, lacerations to the face and other body parts, torn ligaments, head trauma (especially if the operator was not wearing a helmet) and spinal cord damage.

There are many reasons to hire an experienced Antelope motorcycle accident lawyer to assist in your pursuit of financial restitution for the damages you suffered from the collision. Below is a list of five key reasons why you will benefit from the counsel of a lawyer.

Swift Action is Important Due to Statutory Deadlines

Speaking to an attorney right away is strongly recommended because you only have a finite amount of time to file a motorcycle accident lawsuit. Under California’s statute of limitations governing tort claims, you only have two years from the date of the collision to file suit. The time is dramatically reduced if hit by a government vehicle. In that case, you have six months or 180 days from the date of the accident to file a claim. There are many other restrictive timelines that must be adhered to as well. That is why it is crucial to contact an experienced Antelope motorcycle accident lawyer as soon as possible after the accident.

Watch the following video for tips on what to look for in a motorcycle accident lawyer.

I’m Ed Smith, an Antelope motorcycle accident attorney. If you or a member of your family suffered injury or death in an Antelope motorcycle accident, please reach out to me for compassionate, free and friendly advice. I can be reached at 916.921.6400 800.404.5400. It is free to call and discuss your case with me. When you call, we can go over the details of your accident and determine the best course of action for filing a claim for your personal injuries and/or wrongful death. Remember, I handle my cases on a contingency fee basis. This means you pay no fees upfront. I get paid after the successful resolution of your case.

I have been serving my community as a Sacramento Personal Injury Lawyer since 1982.

Editor’s Note: This page has been updated for accuracy and relevancy [cha 9.15.20]