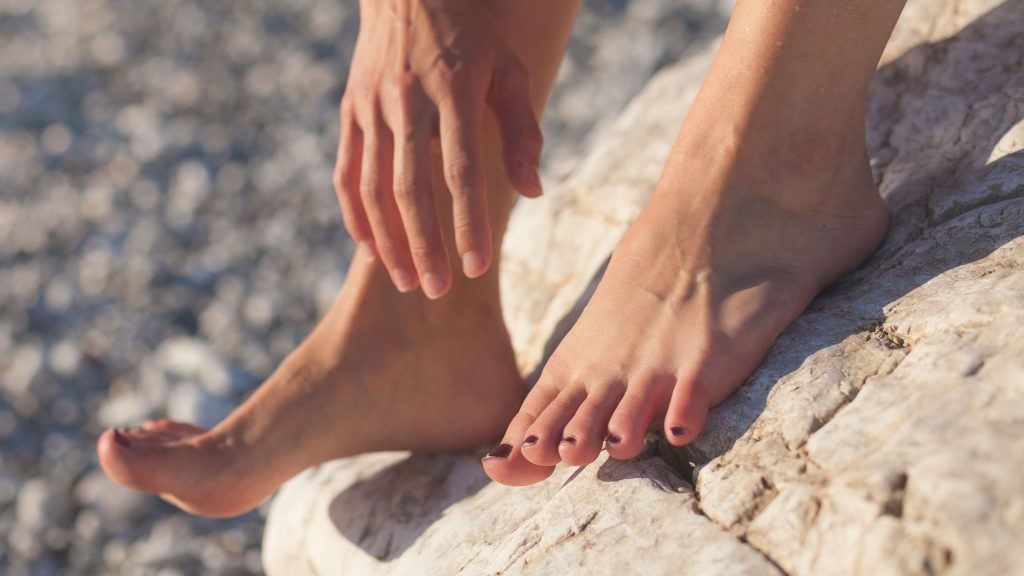 Amputations at the level of the ankle often involve disarticulation of the ankle with preservation of the heel flap.  This procedure was first described by Dr. James Syme in 1843 and is now called the Syme ankle disarticulation procedure.  This is a good procedure to do for removal of the foot because the heel is still available for the patient to bear weight with.  Because It allows for weight bearing even without a prosthesis and because the amputee uses much less energy to walk when compared to a below the knee (transtibial) amputation, it is preferable to other types of leg amputations.

Why is Syme Amputation Preferred?

The Syme amputation does have its downfalls.  It is bulky at the end of the stump because the medial and lateral malleoli of the distal tibia and fibula are quite bulky and the heal pad can be displaced, depending on how the surgery is done.  Even so, if a Syme amputation is an option over the trans-tibial amputation, it should be attempted. The Syme amputation is preferred in cases of trauma to the forefoot, distal dry gangrene as is seen in diabetics, and in wet gangrene, seen when there is an infection of the foot.  If the infection is involved, the procedure might have to be done in stages so that more debridement can be done of the infectious material before final closure of the wound can happen.  Syme amputations are preferred if it is expected that the patient will be doing a lot of walking after the procedure or if the patient is obese and unable to adequately bear weight on one foot.

The heel can often be saved when the rest of the foot is gangrenous because it has its own blood supply through the posterior tibial artery.  If this artery is still functional, the heel pad will get enough circulation to be able to be saved.  Doctors use a Doppler flow study to see if the blood flow through the posterior tibial artery is good enough.  Doctors also check the levels of the protein called albumin to check for the patient’s nutritional status and a lymphocyte count to check for the patient’s immune condition.  If either of these is compromised, there is a lesser ability of the wound to heal properly.

What to Expect After Surgery

When the surgery has been done, the patient doesn’t bear weight on it for about 4-5 weeks.  Then artificial prostheses are plastered like a cast with a hockey-puck shaped heel overlying the normal heel.  This is used until the calf swelling, and muscle atrophy has resolved itself so that a definitive prosthetic device can be attached.

There are minor variations of the Syme amputation that save part of the calcaneus and move the residual component to reside just beneath the disarticulated tibia and fibula.  This is called the Lefort-Neff modification of the Pirogoff procedure.  It allows for the most posterior part of the calcaneus (the bone that makes up the heel) to be partly cut off with the remaining portion shifted into position as a natural heel.

There are prerequisites necessary for the successful creation of an ankle prosthesis in a Syme’s amputation.  The site must be successfully closed and healed to accept a prosthesis.  Using a Syme prosthesis cannot be done if the heal pad is unstable or if there is still an open wound.  The calf will naturally atrophy, and this must take place before the prosthesis is attached or it will rapidly be too big to connect to the end of the leg.

The prosthesis must allow for an even load of the person’s weight while standing on the foot-shaped prosthesis and it must be attached to the calf in such a way that the foot can change the contact pressure as the foot is lifting off the ground during the gait process.  Some prostheses open up like a clamshell and lace up along the calf muscles and stove pipe prostheses in which the calf is stuffed into a tubular-shaped prosthetic device.

Sometimes the ankle prominences need to be removed so that the remaining leg is shaped more into a tubular fashion without the bony parts of the tibia and fibula getting in the way of a snug fit of the prosthesis within the ankle.  In any event, there must be sort of back and forth movement of the ankle to allow for a more normal gait pattern. The ideal foot prosthesis for an ankle disarticulation looks like a foot and yet has some give and take at the level of the ankle to account for the normal bending of the ankle during walking.

Photo by Jan Romero on Unsplash

Editor's Note: This page has been updated for accuracy and relevancy. [cha 10.3.18]