Why is this important?
Home
Resources
The Tricks Insurance Companies Play and How We Deal with Them
The Insurance Industry and Individual Companies
American Family Mutual Insurance, Ameriprise, and The General 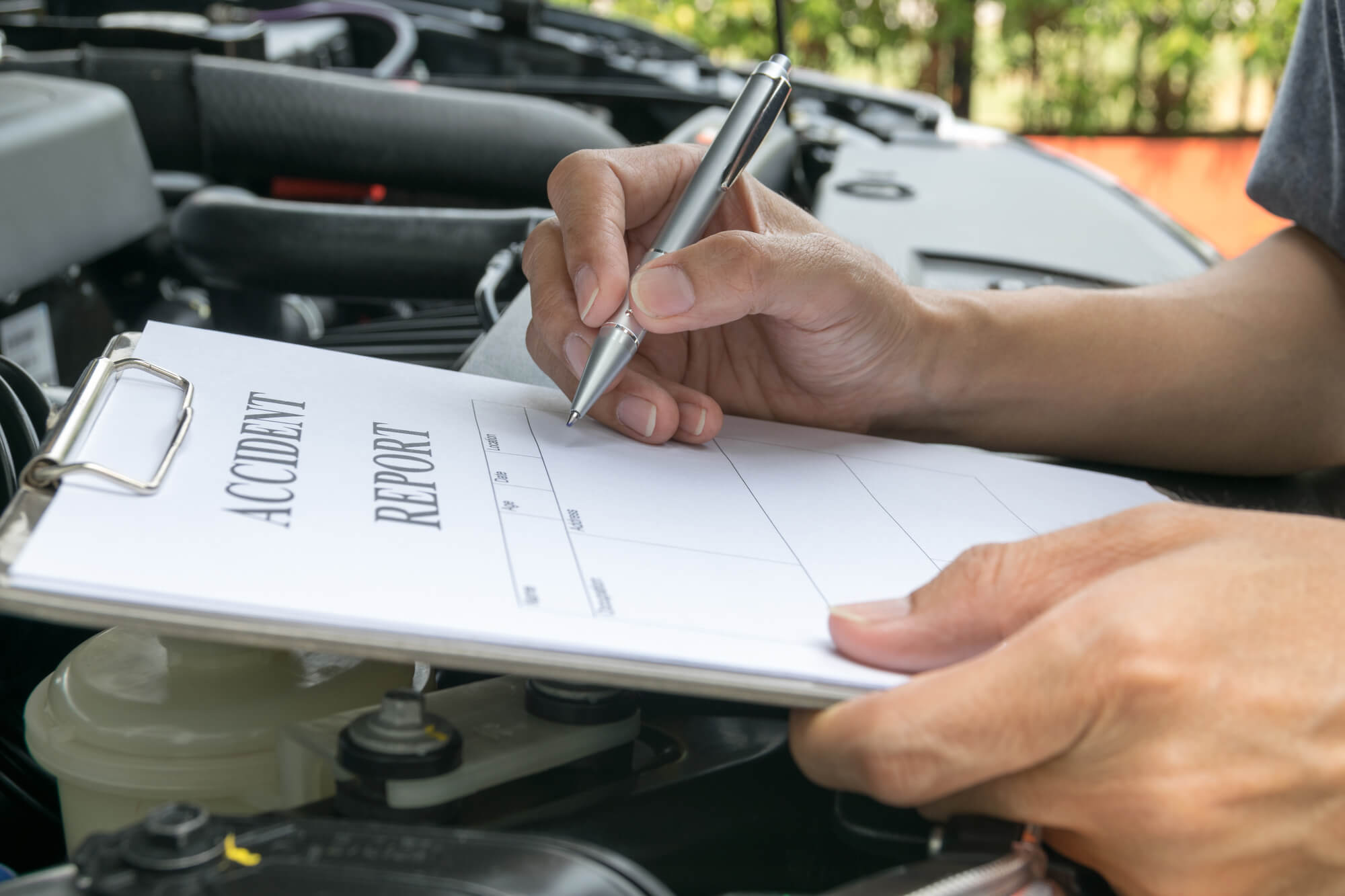 American Family Insurance Group is a large American insurance mutual company that offers multiple different lines of insurance through several subsidiary companies.  (Mutual companies are a form of corporation that differs from the stock companies with which we’re commonly familiar.  Mutual companies, rather than selling private or publicly-traded stock, are owned by their member-customers -- the policyholders in the case of an insurance company.  Typical examples are credit unions, savings and loan association, and many insurance companies – hence the frequent appearance of the word “mutual” in insurance company names.)  Over the years, American Family Mutual Insurance acquired several other insurance brands and companies.  The most familiar ones for personal liability insurance are The General Automobile Insurance Services – usually just “The General” -- acquired in 2012, and more recently Ameriprise’s home and auto insurance lines.

The General is probably the best known of American Family’s current brands, with widely distributed television ads featuring a uniformed cartoon general with a green helmet and long, flowing mustache.  This subsidiary of American Family focuses on high-risk drivers – typically young people and/or those with problematic driving histories, to whom the company offers cut-rate minimum coverage policies.

Who is American Family, Ameriprise, and The General Insurance?

The auto liability insurance premiums collected by American Family, Ameriprise, and The General made the company the 10th largest auto liability insurer in the United States as of 2018, according to the National Association of Insurance Commissioners with approximately $4.7 billion in auto insurance premiums that year.  Counting its other insurance products, including life and homeowners insurance, and financial services such as retirement planning, it had total revenues of about $12 billion in 2019.  The company has more than 11,000 employees nationwide.

The company was founded in the 1920s, specifically as an auto insurance company, making it one of the oldest insurers of that type in the United States.  It was founded – and is still headquartered – in Wisconsin, being initially targeted at selling auto insurance to farmers, who the founders of the company believed were a less risky group to insure than city drivers.

The General – a subsidiary company of American Family Mutual Insurance Group – is, as noted above, a “high risk” insurer.  These types of insurance companies, in general, focus on selling stripped-down, basic liability policies to drivers who are hard to insure.  Frequently in California, they are minimum $15,000/$30,000 liability policies which may have little or no medical payments coverage, and for which the often cash-strapped policyholders have unwisely chosen to decline uninsured motorist coverage to save a few dollars on premiums.

These high-risk insurers often operate on thin profitability margins – they are selling relatively risky coverage to drivers who are often at the limits of their own ability to pay for that coverage.  As a result, they often have less well-staffed claims departments than the large, traditional, full-service auto insurers such as State Farm, Allstate, Farmers, etc.  Some high-risk insurers take the “fight tooth and nail” approach on all liability claims, but more often, they will settle fairly promptly on claims that are clearly and obviously worth far more than their minimum liability limits – it doesn’t necessarily pay for them to spend staff time fighting over claims that are certain losses.  But they certainly will fight hard on liability claims that are at least arguably worth less than policy limits.  Lowball offers are common in these cases, as well as claim denials when there is uncertainty as to liability.

The more traditional auto insurers in the American Family Group – such as Ameriprise – follow tactics similar to other large, full-service insurers, including delaying payment as long as possible even on claims that obviously merit resolution.

Our Case Against American Family, Ameriprise, and The General Insurance

A recent case that our office had against the Ameriprise subsidiary of American Family Insurance Group involved an uninsured motorist claim, and medical payments claim against our client’s Ameriprise policy.   After initially resolving a policy limits settlement against the $100,000 State Farm policy of the driver who caused our client’s injuries, we presented an uninsured motorist claim for the remaining value of the client’s personal injury damages.  Our client was a medical doctor who had, unfortunately, sustained a significant injury to her thumb joint that eventually required reconstructive surgery.  She was left with substantial functional loss in the thumb joint that had a major negative impact upon her ability to perform her work.  Having $250,000 in total UM/UIM policy limits herself, this left ($250,000 - $100,000) = $150,000 of underinsured motorist coverage available after the resolution of the underlying liability claim against the responsible driver.

For a very long while, Ameriprise refused to take seriously the severity of our client’s loss of future earning capacity that resulted from this permanent injury to one of her most important work tools as a physician – her hand.  An early offer of only $7,000 on the underinsured motorist claim was repeated over and over again.  In recent years, we have observed this tactic more frequently by many auto insurance companies with large uninsured and underinsured motorist claims – due to the time and cost challenges and risks to claimants of presenting full-blown binding arbitration presentations, the UM/UIM insurers often just sit on claims with exposures of $100,000 or more.

In addition to delaying the resolution of the UIM claim, we also noted significant difficulty getting medical bills paid under the client’s medical payments coverage.  Many auto liability insurers will promptly pay their own policyholder’s medical bills under the med-pay provisions of their policies. However, in recent years it has unfortunately become more common for the insurance companies to delay and argue over med-pay payments.  There are two apparent reasons for this.  When the insurers simply hold onto the claim payments a little longer, they have fractionally higher earnings on their investments of the premium payments that would otherwise go to paying claims.  Additionally, because the value of medical damages has a secondary influence on the value of any eventual uninsured or underinsured motorist claim that may be made to the first party insurer who also is making the med-pay payments, they have an interest in minimizing the “reasonable” value of the medical bills by making less than payment in full.

The delay tactics in med-pay payments are often seen when document submissions appear to fall into “black holes” at the insurance claims office and have to be submitted over and over again to get a response.  The arguments over how much will be paid on the bills usually take the form of requiring extensive documentation from the doctors to get payments issued, followed by disputes over what a “reasonable” charge should be and arbitrary discounts in the amounts paid under the med-pay policy.

Although it took about two years, persistence paid off in this case when Ameriprise finally paid its $150,000 underinsured motorist policy limits on the claim and also waived reimbursement of the med-pay coverage payments it had already made.  There were two key tools in achieving this result:  First, the use of an excellent physician as a consultant to better document and describe the client’s disability and its impact upon her ability to work helped lay the evidence foundation necessary to prove the full value of the claim for loss of future earning capacity.  And second, the re-iteration by way of demand letter after demand letter to Ameriprise describing all the negative impacts of the injuries upon our client’s life -- as well as how their own delay in fairly resolving her claim was damaging our client -- persuaded them to pay their policy limits rather than absorb the cost of arbitration that they were highly likely to lose and possibly expose themselves to a bad faith claim over how unfairly they were treating their own policyholder.

An experienced personal injury attorney will closely study the claims practices that individual insurance companies often use to select the correct tactics that will benefit their clients’ personal injury cases.

For additional resources on insurance companies and their claim tactics, see the links below: