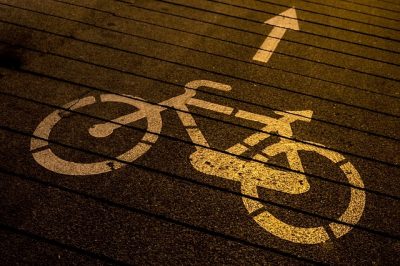 The climate and natural beauty of American Canyon, California - and the entire county of Napa - lends itself to a robust bicycling population. Bicycling is a popular and environmentally-friendly form of recreation, exercise, and commuting. There are several very safe bicycle routes throughout American Canyon - including the Napa River Bay Trail. When riding in areas with vehicle traffic, however, the pleasant activity comes with increased risks. Every year bicyclists are injured or killed in accidents with motor vehicles. An experienced bicycle accident lawyer can help an injured cyclist receive compensation from a negligent driver to recover for medical expenses, lost income, and pain and suffering.

Collisions between motor vehicles and bicyclists often cause severe injuries to the rider. With extensive injuries come astronomical medical bills, time lost from work, financial difficulties, pain, anxiety, and uncertainty. A skilled attorney can ensure that the complicated legal process involved with recovering compensation from a negligent party is handled correctly, that your legal rights are protected, and that your case value is optimized. The injury lawyers at AutoAccident.com have years of experience and personal injury matters and have achieved excellent results for their clients, including those who have been seriously injured in bike accidents.

One way to reduce the risks associated with riding your bicycle near moving vehicles is to ride in areas with little to no traffic. One such area is the Napa River Bay Trail, a paved bicycle and pedestrian (multi-use) path. The trail will eventually connect from American Canyon’s southern boundary to Napa’s northern boundary. When completed, the trail will serve more than two-thirds of the entire population of Napa County. Most of the trail is incorporated within the planned region-wide, 500 mile San Francisco Bay Trail, which is slightly more than halfway completed at present.

The Napa River Bay Trail has several different segments and several no-fee trailheads to access the regional trail. The most popular access point is Wetlands Edge Park, at 2 Eucalyptus Drive in American Canyon.

Watch the YouTube Video. Below is drone footage giving a bird's eye view of the city of American Canyon.

Of course, if one is a true bicycling enthusiast or a bike commuter, it is nearly impossible to avoid vehicle traffic at all times. When biking near traffic, it is a good idea to ride defensively, and part of doing that is understanding and anticipating common scenarios in which vehicle versus bicycle collisions occur.

Often the excuse given by a vehicle driver following a collision with a bicyclist is that the driver did not see the bike. Bicycles indeed have a much lower profile on the roads than passenger vehicles. However, it is still the motorist's responsibility to be on the lookout for bicyclists, pedestrians, motorcyclists - essentially all others with whom they share the roads. If negligent action by the vehicle driver caused the collision, they could be held financially responsible for damages caused to the rider.

Below are some common scenarios in which motorist negligence results in a car versus bike accident:

In California, if you have sustained injuries due to another's negligence, you have the legal right to seek monetary compensation for your economic and non-economic damages, the categories of which could include:

I’m Ed Smith, a bicycle accident lawyer in American Canyon, California. It is difficult enough dealing with the tactics of insurance claims adjusters when you are feeling well. In the midst of a difficult physical recovery, it can be too much to bear. Enlisting a skilled bicycle accident attorney to protect your rights and maximize the value of your case can take a lot of worry off of your mind so that you can focus on healing.

If you were injured in a bicycle accident caused by the negligent actions of a motorist, call us promptly to speak with a compassionate injury lawyer. The tasks of preserving crucial evidence and interviewing witnesses should begin as soon as possible after the subject incident.  Our local number is (707) 564-1900, and from outside the local area code, please use our toll-free line: (800) 404-5400.  You may also send your inquiries via our online form.

Image by Manolo Franco from Pixabay