Why is this important?
Home
Resources
Rehabilitation after Traumatic Injuries
Adjustment to Trauma 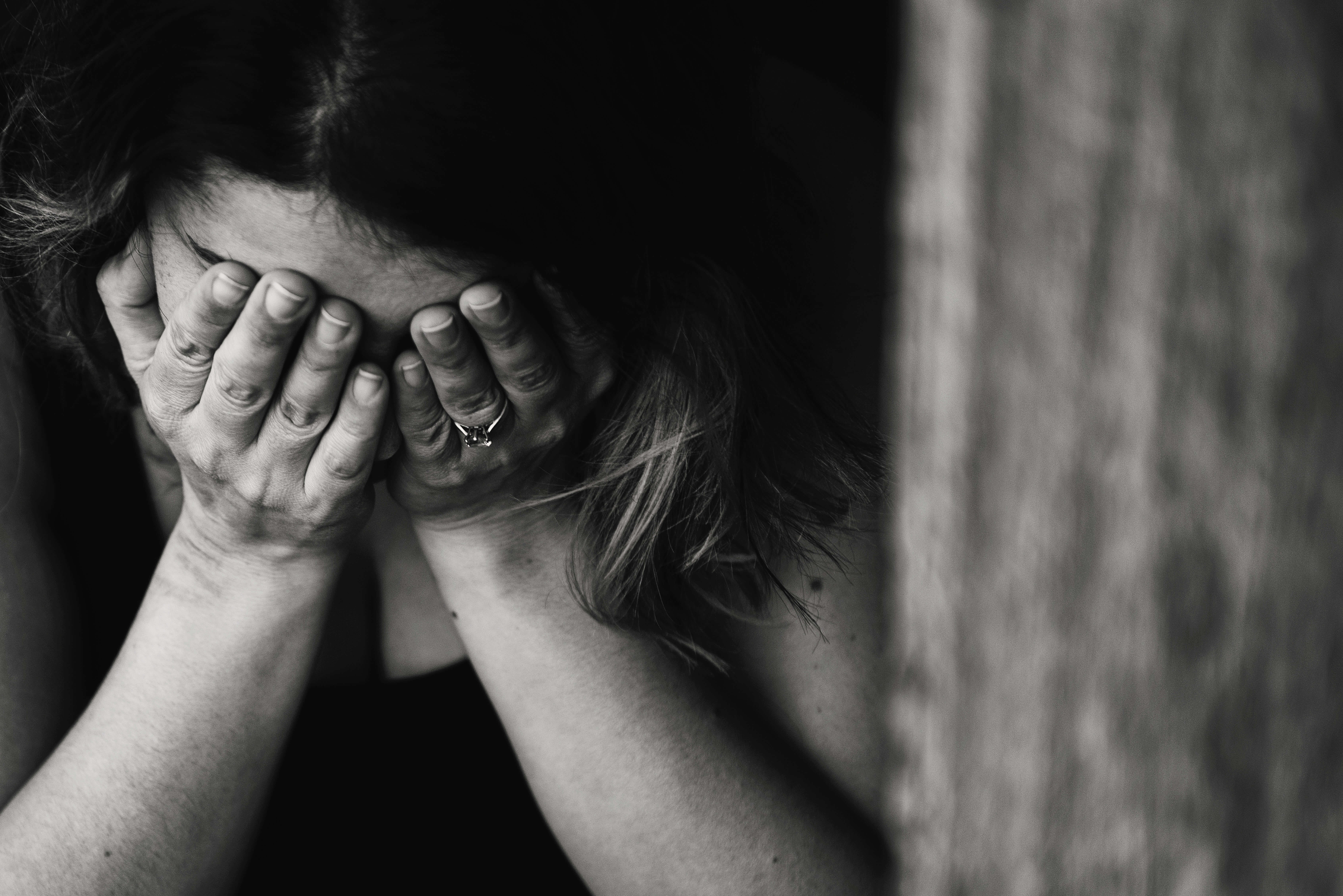 The consequences of trauma are varied and can be detected in different ways.  Visibly, one can see the physical disability or perhaps an obvious impairment in function.  At a slightly less visible level, a traumatic experience can result in psychological effects, such as anger, intrusive thoughts, emotional numbing, depression, and anxiety.  The most hidden consequences of trauma can include a difference in the way a traumatized person organizes and uses new and existing information and a reorganization of existing belief structures and ways of thinking.

Most people, fortunately, experience trauma as a transient disruption.  They experience a temporary upheaval of the trauma or injury but maintain their overall health and still function in work, home, and social relationships.  This is known as resilience.  With resilience, the patient travels a trajectory of recovery in which psychopathology resolves, and the patient returns to a pre-injury level.  Resilience also reflects the ability to maintain a stable equilibrium despite highly disruptive events associated with loss.

In this section, we will describe the various disruptions in psychological functioning that follow trauma and the resilient responses that can follow a traumatic injury.  We will highlight aspects of traumatic events, the characteristics of survivors, and the environments that influence the risk of disruption caused by trauma.  We also hope to impress upon those who care for the traumatized patient that trauma can bring out the best in human behavior, such as strength, courage, forgiveness, and growth.

Psychological trauma is a psychic or behavioral state that results from mental or emotional stress or physical injury.  Events that lead to post-traumatic stress disorder are usually extreme, severe, harmful, or threatening, that they demand extraordinary coping efforts.  A traumatic event usually subjects people to extremes of fear, horror, vulnerability, uncertainty, and loss of control.

Some terms to become familiar with include “depression” and “post-traumatic stress disorder.”  Depression describes several psychological experiences after trauma, including having a distressed and tearful mood, agitation, sadness, and upset.  Many diagnoses are more likely to occur after psychological trauma, including major depressive disorder, adjustment disorder, and post-traumatic stress disorder.

In a major depressive disorder episode, there is more than just having a depressed mood, distress, and anhedonia. Other symptoms include:

A patient must have five of the nine symptoms, one of which must be depressed mood or anhedonia.  The symptoms have to be present for at least two weeks.  They must also impair functioning and not be caused by another medical condition or medications.

A diagnosis of major depression can be made through self-report measures or detailed clinical history, including assessing the above symptoms.

Post-traumatic stress disorder or PTSD is usually reserved for the actual anxiety disorder caused by the experience of trauma.  The criteria used in diagnosing PTSD include the following:

This means that PTSD cannot be diagnosed in the first month following the trauma.  There are several self-report measures of post-traumatic stress symptoms.  They can provide worthwhile information regarding post-traumatic anxiety and its severity.  Some people have post-traumatic symptoms and yet do not meet the full criteria associated with the disorder.

Another anxiety disorder associated with stress is “acute stress disorder.”  This describes an anxiety disorder characteristic of an acute psychological reaction to trauma that is not only intrusive, avoidant, and with arousal symptoms but has dissociative symptoms.  This involves having a detachment from one’s thoughts or body or feeling that external events are unreal. These patients experience being in a daze, emotional numbing, and difficulty recalling aspects of the trauma.  It is similar to PTSD but emphasizes the dissociative symptoms that can occur after trauma.  It has a maximum duration of 4 weeks after the traumatic event.

Some people experience post-traumatic growth, which is described as having an increased appreciation for life, feeling increased personal strength, changes in life priorities, gaining positive spiritual changes, experiencing improved relationships, and finding new meaning and purpose in life.  This suggests that positive changes can come from adverse life experiences, which are sometimes under-recognized when thinking of trauma recovery.

The following video discusses the criteria, factors, and symptoms of PTSD.

In recent years as society has become more sensitive to the impact of trauma.  Health professionals have become better at treating the psychological disorders that come out of trauma while losing sight of the more prevalent phenomenon of resilience.

There are three different ways to look at trauma and the responses to trauma. They include the following:

In the initial hours and days following a trauma, individuals may experience physical symptoms such as sleep difficulties, fatigue, nightmares, changes in appetite, muscle tension, hyperarousal, exaggerated startle response, and somatic complaints as part of a reaction to the traumatic event.

As many as 75 percent of patients hospitalized with an acute burn injury have trouble falling or maintaining sleep, and about a third have nightmares.  It is impossible to tell the difference between the psychological effects of the trauma versus the effects brought on by the injury, such as pain, lack of mobility, and medical treatment.

The majority of people do not experience significant long-term emotional distress, even after a major injury. Some people experience short-term distress.  The patient may feel anxiety, fear, helplessness, depressive symptoms, sadness, anger, guilt, irritability, despair, or anguish.  Many survivors also experience dissociative symptoms, such as emotional detachment, numbing, or an absence of emotional responsiveness.

Patients describe feeling as if they are in a dream, a daze, or a stupor.  They may have amnesia for the event.  Medications can contribute to these symptoms.  Positive emotions such as joy, humor, and hope have also been seen in the newly injured trauma survivor.

These include things like difficulty concentrating, easy distractibility, and memory difficulties.  Intrusive thoughts about the trauma itself are also common.  Some may feel as if they were back in a traumatic situation.  The individual may be preoccupied or ruminate about the traumatic event.  Thoughts of the world being an unsafe place are also seen in the newly injured patient.

Many behavioral changes can be seen in the traumatized patient that is not necessarily associated with a poor outcome.  There may be social withdrawal or isolation.  It can be difficult to physically withdraw within the confines of the hospital environment but may show up as reducing interactions with others or limiting the environment itself.

Avoidance can occur, which can take on different forms, including avoidance of feelings, avoidance of reminders of the trauma, or avoiding any discussion of the event.  They may avoid medical procedures because they remind the patient of their trauma.  Others may respond by frequently talking about the trauma, including the events leading up to, including, and after the event.

Prevalence of Psychopathology during the Acute Phase

Across all injury categories, depressive symptoms were reported by a sizable number of those who had experienced a recent trauma.   Nearly half of all individuals had a significant degree of depressive symptoms at one month after a severe traumatic brain injury.

I’m Ed Smith, a Sacramento car personal injury lawyer. A traumatic accident can cause not only physical pain but emotional and psychological pain as well. If you or a loved one has difficulty adjusting to trauma after an accident, call me for free, friendly advice at (916) 921-6400 or (800) 404-5400.

Editor’s Note: This page has been updated for accuracy and relevancy [cha 3.30.21]