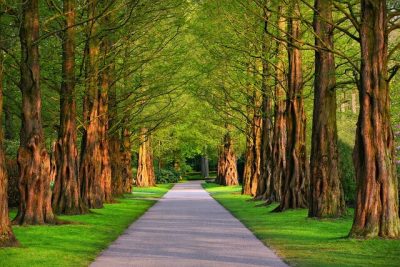 According to paperwork filed with Norwalk Superior Court, the family of a San Pedro grandmother who was killed in 2016 when a large tree crashed down at her daughter’s wedding gathering in Whittier has reached a tentative settlement with the city of Whittier.  The plaintiffs' claim against the city for the fatal tree accident will settle for $28 million, pending court approval.

Details of the Lawsuit

The lawsuit arising from 61-year-old Margarita Mojarro’s wrongful death was initially filed in Los Angeles Superior Court in the first half of 2017 but was subsequently moved to Norwalk Superior. The lawsuit alleged that a dangerous condition of public property caused the accident at the wedding party venue, Penn Park. The recently filed paperwork was a motion by the plaintiffs for a finding of good faith settlement.

The family's claims against West Coast Arborists, LLP are not part of the proposed settlement.  West Coast Arborists had a contract with the city of San Pedro for inspection and maintenance of the trees at Penn Park.  The city has a pending cross-complaint for indemnity against the company.

The lawsuit includes 19 plaintiffs, one of whom is Feliciano Mojarro, the deceased's husband.  He is going to be paid $2.9 million from the settlement.  Four other plaintiffs are children of the deceased, including Patricia Mojarro, who was getting married at the time of the incident.  She is set to receive $3.3 million from the settlement. According to the lawsuit, both Feliciano Mojarro and Patricia Mojarro sustained personal injuries and suffered PTSD-like symptoms.

Details within the lawsuit describing the tree's dangerous condition include that it was over-watered and that it was allowed to remain on a steep 20% grade.  The plaintiffs' attorneys allege that the total failure of the tree was completely avoidable.  An expert witness with a doctorate in microbiology and forest pathology examined what remained of the tree and prepared a declaration supporting the plaintiffs' allegations of a dangerous condition.

The expert witness found the tree to be "acutely diseased" and determined that a decaying portion of the tree would have been obviously visible for at least a decade before the accident.  He further stated that given the tree's location on a steep slope, it should have been designated as a tree that required closer inspection.  Close inspection would have included an examination of the roots. The expert witness said the tree had extensive root damage that would have been detectable for at least five years before the accident simply by probing the surfacing roots.

Penn Park is a popular area to take photographs due to its abundance of mature trees. Members of the wedding party were posing for photographs when the tree, a Blue Gum eucalyptus, fell at approximately 4:30 p.m. on December 17, 2016.

Lawyers for the city had sought a dismissal of the lawsuit earlier in litigation, on the basis that the accident was an act of God and thus not the fault of the city.  The city alleges that West Coast Arborists had trimmed the subject tree in 2014 and did not report any problems to the city of Whittier at that time.  The defense also claimed that Whittier's park manager had inspected the subject tree eight weeks before the accident and did not see any indication of decay or disease.  The city further stated that it had received no reports or complaints of problems with the tree before the day it fell.

However, attorneys for the plaintiffs maintained that the city was aware of the dangerous condition of the tree and had the authority, responsibility, and means to protect Penn Park visitors against such a tragic event.

Watch the YouTube video of a news report that aired shortly after the tragic event took place.

I’m Ed Smith, a Tree Accident Lawyer in Los Angeles, California.  If you or a loved one suffered injuries caused by the failure of a neglected tree, I would be happy to provide free and friendly advice.  Just call my office at (213) 992-4300 or (800) 404-5400.  I have close to 40 years of experiencing litigating complex personal injury cases for California residents.

Please have a look at some of our past case results on our Settlements and Verdicts page.  You can also read testimonials written by prior clients at the links below:

Editor’s Note: This page has been updated for accuracy and relevancy [cha 11.16.20]

Image by Mabel Amber from Pixabay